SIGN: Justice for Cat Trapped in Cage and Kicked into Pond to Drown 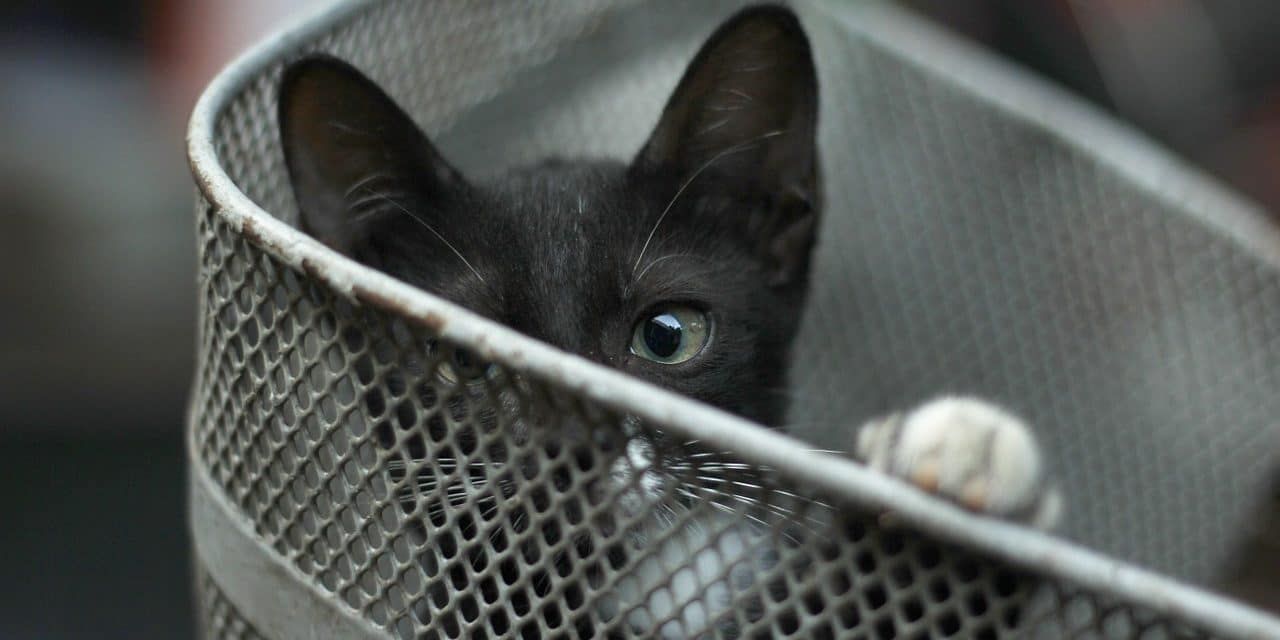 UPDATE (10/16/19): On October 15, 2019, Walter Kenneth Baldwin pleaded guilty to all five charges he faced. Baldwin was sentenced to six months in community corrections and a year and a half of suspended supervised probation, but unfortunately, was not sentenced to any jail time. Baldwin also owes a $2,500 fine, and as a part of his sentence, he cannot possess any animals and is ordered to surrender all firearms within 48 hours. Baldwin is also required to undergo a psychological evaluation and go through any recommended counseling. While we are relieved that Baldwin will not be able to possess any animals, it’s a shame the court did not treat the case with the severity it deserves.

In a shocking case of animal cruelty, a 17-year-old male trapped a cat in a cage, then kicked the helpless animal into a pond to drown as an older man looked on and told him to “go for it.”

In footage recorded by the abuser, the small black cat wearing a pink collar is seen cowering in the cage on the dock of the lake, mewing in fear before the cage is kicked into the water; as the cage rapidly sinks, the cat cries in terror before being submerged.

This heinous act in Tippecanoe County, Indiana was posted to social media, where it came to the attention of animal advocate Jessica Smith, director of Lost and Found Pets of Lafayette, who urged the Sheriff’s Department to investigate.

Police have charged Walter Kenneth Baldwin, owner of 52 Mobile Home Estates, with multiple counts including conspiracy to torture or mutilate a vertebrate animal and killing a domestic animal. He will also be charged with contributing to the delinquency of a minor. The youth will face similar charges in juvenile court.

Now, the courts must send a clear message that such cruelty will not be tolerated.

Sign this petition urging the Tippecanoe County Prosecutor’s Office to prosecute these men to the fullest extent of the law, and work to ensure that they never treat an animal this way again.