SIGN: Justice for Dexter, Cat Beaten and Strangled by Boyfriend 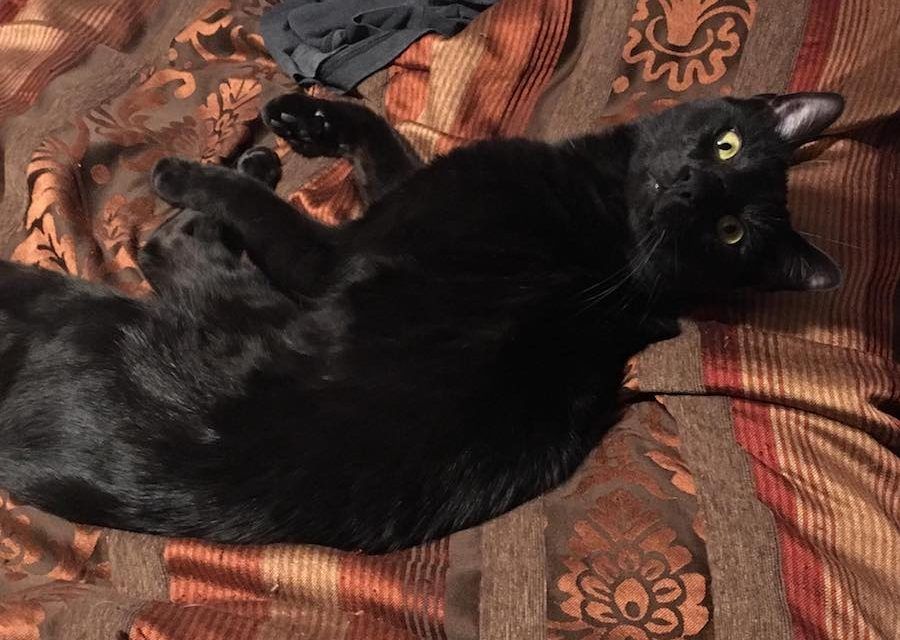 UPDATE (7/11/2022): Randy Holt was found guilty of felony animal cruelty and given a 9-month sentence at the local jail that was stayed — meaning he didn’t actually go to jail, but instead was ordered to two years of probation, according to criminal court records. According to a court clerk, he completed that probation and has been discharged, with no restitution ordered. Probation is not justice for an act of fatal and intentional cruelty. We are disappointed that such a criminal act was not taken seriously and urge the District Attorney’s Office to recognize the link between violence against animals and violence against people. We’ll keep doing all we can for animals. —Lady Freethinker Staff

A 47-year-old man from Rhinelander, Wisconsin faces charges after he allegedly beat and strangled his (now ex) girlfriend’s cat to death.

Randy Holt admitted to grabbing the three-year-old cat by the throat and squeezing until the animal lost consciousness. He then punched the cat in the head at least ten times.

The cat’s guardian, Erica Moore, returned home on October 8 to find her beloved cat Dexter deceased under her bed. He was curled up with his eyes shut, with no blood or any other indication of abuse. “I touched him and he was cold and in rigor mortis,” said Moore.

It was 20 days later, following a heated argument with Holt in which he threatened to get a gun, that she reported the suspicious circumstances surrounding Dexter as well as her other recently deceased cat, Luna, to the Oneida County Sheriff’s Office. Upon questioning, Holt eventually confessed to killing Dexter.

Moore says she learned in a later conversation with a vet that, based on Holt’s testimony, the absence of blood, feces or urine indicated that someone had cleaned up the scene — and possibly even glued Dexter’s eyes shut.

Holt has been released from jail on a $2,500 bond and is awaiting trial. It is now crucial that the courts treat this case with the severity it deserves, and work to protect animals from such abuse in the future.

Sign this petition urging Oneida County District Attorney Michael W Schiek to prosecute this case to the fullest extent of the law, ensuring Holt is never allowed near an animal again.