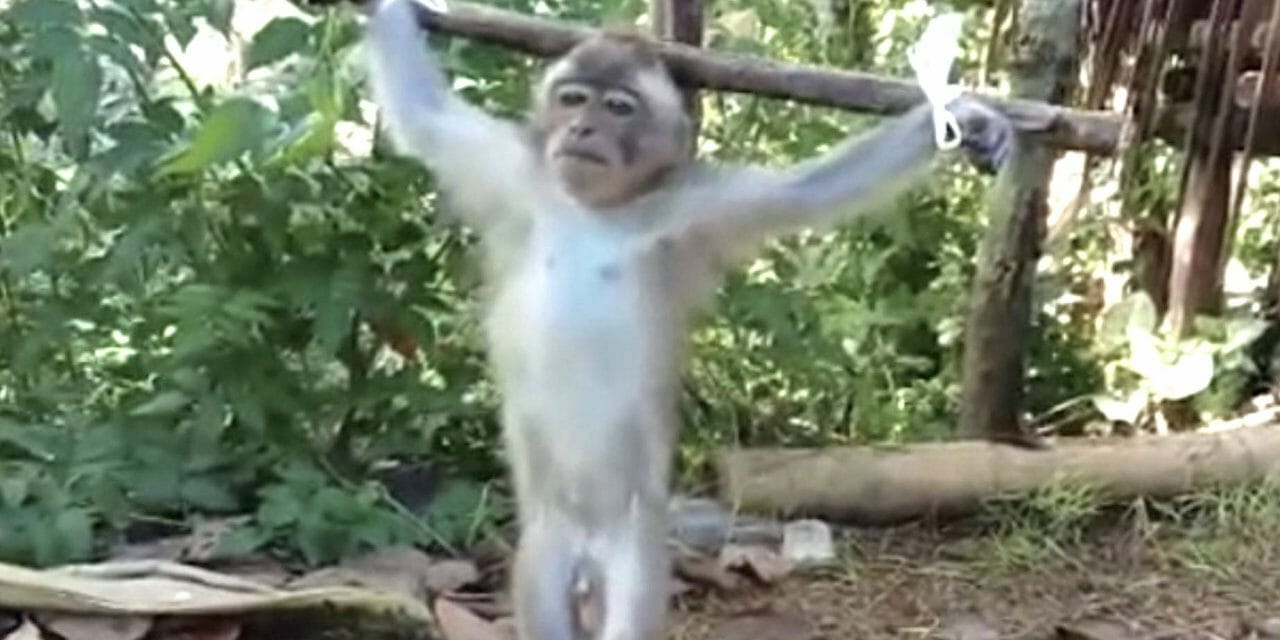 Trapped in a concrete room with a chain wrapped around his neck, a defenseless baby macaque monkey named Pip desperately tries to flee his attacker, who ruthlessly yanks the chain, pins him down, and snips off a part of his ear with a pair of scissors. Pip, leaving a pool of blood on the floor, screams in pain, accepting his tortuous fate.

This is only one of dozens of monkey torture videos an anonymous source sent to nonprofits Action for Primates and Lady Freethinker. Additional videos show monkeys being swung from chains around their necks and forced underwater in metal cages, tied up and violently beaten, submerged in iced water, being set alight, having and arm or finger cut off, and having their their eyelids, ears, nose and tongue pierced with pins — in some cases, leading to the death of the animal.

The videos are circulated by a private group of monkey “haters” who recruit on YouTube channels and formed a private group, first communicating on Forumotion (who shut them down) and now Telegram. The group includes U.S. citizens who are sending money to people in Indonesia to obtain the monkeys — including infants — to  carry out the torture. For $150, users can “adopt a stress monkey,” which involves choosing the method of torture inflicted on the monkey and receiving a video when the monkey’s “handler” performs the cruelty on camera. The monkeys are eventually killed, after having suffered substantially.

Sign this petition urging Congress to amend the Communication Decency Act and hold all companies and platforms responsible for finding and removing content that incites violence and torture to helpless animals.