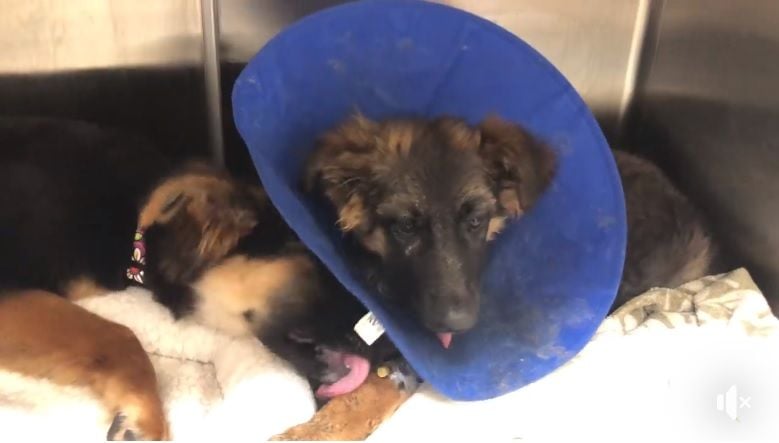 Late last month, two mutilated puppies were discovered huddling together in a trash heap in Oakland, California. One puppy’s jaw was so mangled, she could not even eat; the other puppy’s paw had seemingly been chopped off.

Shortly after, another mutilated puppy was found dumped in the same spot — also with their jaw brutally smashed.

Rescuers believe all three of the puppies were beaten and mutilated by the same sadistic individual. Now, It is imperative to find the attacker before any more innocent animals — or humans — suffer at their hands.

“To see these animals smashed and to not know how many more animals are going to be hurt before this person is found is just terrifying,” said Pali Boucher of Rocket Dog Rescue, the organization caring for the puppies, to CBS News.

Sign this petition to urge the Oakland Police Department to do everything in their power to find the serial torturer behind these inhumane acts, bring them to justice, and ensure that they’re never allowed near an animal again.