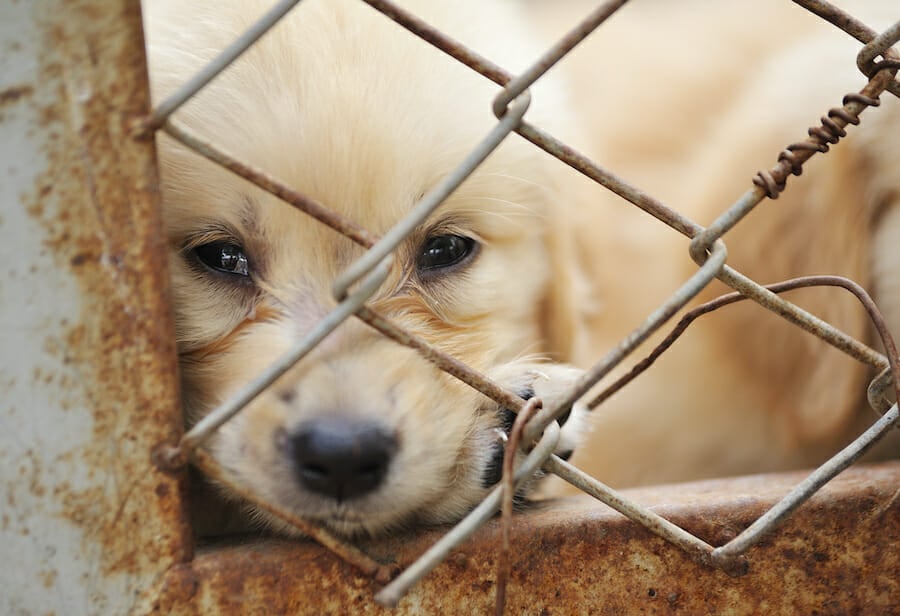 Puppy mills are factory-like hell holes where mother dogs are forced to breed over and over in filthy, tiny cages until they are “spent.” Sick, starving and even pregnant dogs suffer without medical care in overcrowded, feces-infested and urine-soaked cages, shivering in freezing cold temperatures during the winter and suffering in agonizing heat during the summer, according to inspection reports from the U.S. Department of Agriculture (USDA).

The USDA is tasked with protecting animals in puppy mills, roadside zoos and animal labs, but the agency’s shocking leniency enables these abusive operations to get away with vile animal cruelty. After withholding access to animal welfare records, their 2019 Impact Report claimed that 99 percent of licensed facilities were in “substantial compliance” with animal welfare laws without defining what exactly that term means.

Violations of the Animal Welfare Act are common, but details reflecting these widespread abusive operations are conspicuously absent from the report.

The USDA has the power to fine violators, revoke their licenses, and pursue criminal charges, but it chooses to allow many facilities to continue operating even after multiple uncorrected violations. Injured and sick dogs are not properly cared for, leading to a rise in disease outbreaks. By obscuring inspection records, adopting increasingly relaxed animal welfare policies, and barely enforcing established animal protections, the USDA is failing to protect puppies from being abused for profit. It’s time to fight back.

Sign this petition urging the USDA to take action end puppy mill cruelty once and for all.