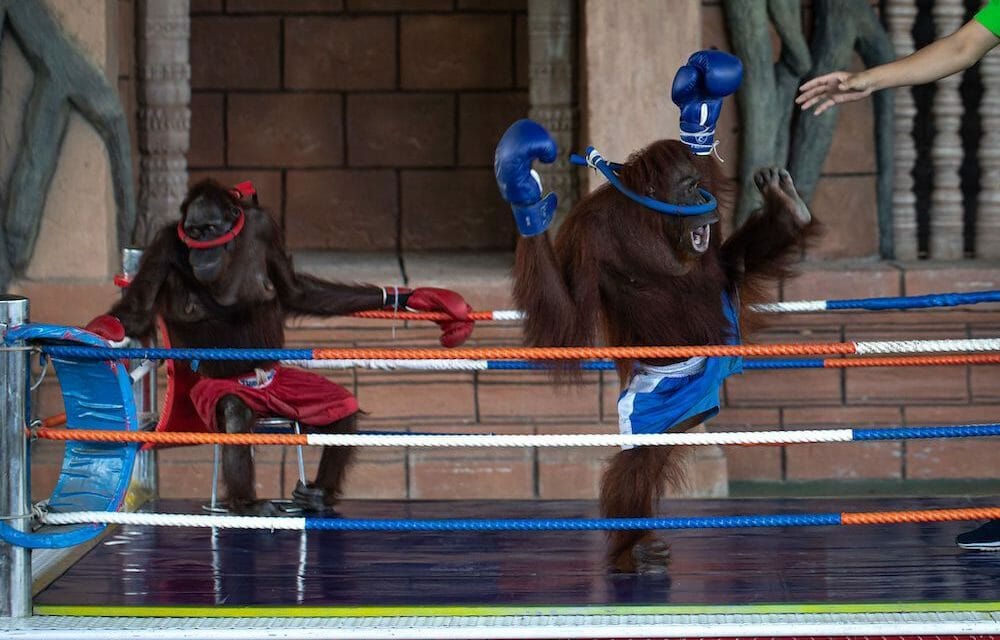 The Phnom Penh Safari zoo in Cambodia showcases disturbing orangutan boxing matches, forcing innocent apes to fight each other in a boxing ring. The animals are also made to ride bikes, hula-hoop, and wear degrading outfits, as shown in numerous TripAdvisor photos.

Orangutans aren’t the only animals abused at this zoo: tigers jump through flaming hoops and cower in fear of trainers’ electric prods; crocodiles are hit with sticks and have their mouths taped shut for selfie opportunities; and elephants are controlled with bullhooks.

The animals appear neglected, too. The tigers are declawed and extremely thin, according to EARS Asia. And the drinking water is filthy, according to a Khmer Times article that has since been deleted.

Animals do not exist for human amusement. They deserve natural habitats and loving caretakers, not cruel zoos where they’re forced to perform for park-goers.

The abuse must stop. Sign this petition urging Cambodian Ambassador to the United States Chum Sounry to call for an end to all cruel animal performances at the zoo and push for a thorough investigation into the animals’ treatment.