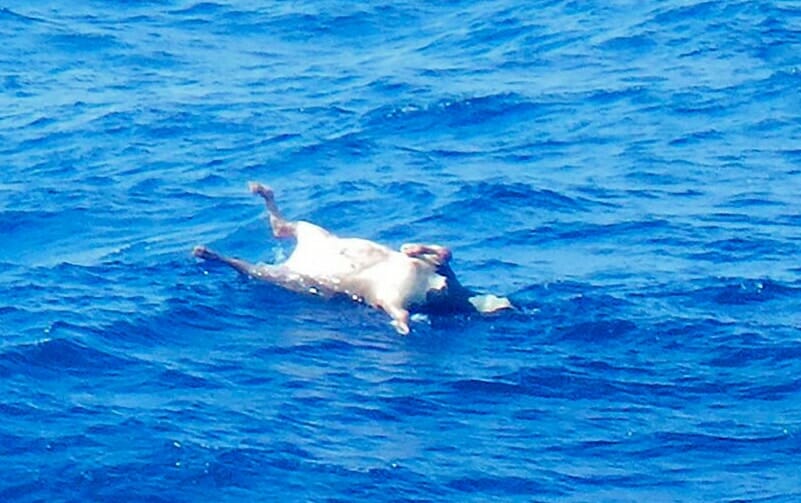 Dozens of cow corpses littered the ocean after a ship exporting nearly 6,000 live animals capsized off the coast of Japan, en route from New Zealand to China, leaving hundreds of animals and dozens of people suspected dead, the New York Times reported.

In a two-day air-and-sea mission, rescuers desperately scrambled to get the survivors to safety, but search efforts were called off as a typhoon encroached on the region, and any cows and crew still drifting at sea most likely drowned.

This needless tragedy shows the horrific dangers of exporting live animals, and New Zealand must end all live animal export in its country permanently.

Many transport vessels are refitted cargo ships, which fail to meet animal welfare standards, the New York Times reported. Animals often suffer for weeks at a time in excruciating heat on overcrowded ships with limited ventilation, surrounded by their own waste.

While New Zealand effectively banned transporting live animals for slaughter via heavy restrictions imposed in 2007, it is legal to export cattle for breeding. Breeding cows, however, endure the same miserable journey and are not safe from slaughter after reaching their destination.