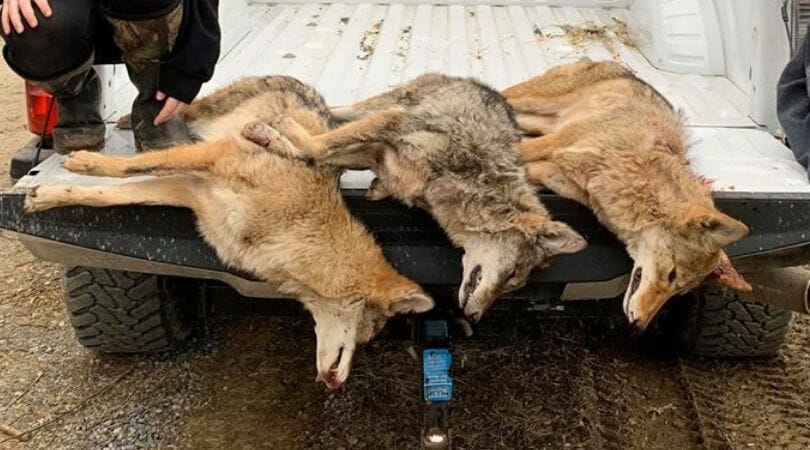 A frightened coyote yelping out in pain as she’s shot at point-blank range, unable to escape a foothold trap; her cold, lifeless body thrown carelessly into the back of a pickup truck, as host Robby Gilbert describes the torture as “an artform” and “a heritage built upon hard work, dedication, and pride” in the name of “conservation.” This is Trapping Time, a disturbing television series that subjects innocent animals to cruel trapping practices in the name of entertainment.

Trapping often involves ensnaring animals’ necks with wire, gripping their bodies, and crushing their bones with vice-like jaws. These methods are not immediately lethal, instead causing creatures to suffer excruciating pain until death from conditions like hypothermia, blood loss, and dehydration.

Many animals die trying to break free from traps, chewing or wringing off their trapped limbs and breaking their teeth and bones in the process.

Traps do not discriminate. Millions of animals, including household pets and endangered species, are victimized by traps annually in the United States, where trapping is minimally regulated.

By airing Trapping Time, the Pursuit Channel condones and supports the barbaric and gruesome trapping industry.

Promoting cruelty to animals for “entertainment” is just plain wrong.

Please, sign this petition urging the Pursuit Network to cancel this appalling program at once and stop promoting animal abuse.