SIGN: Ban Cruel Use of Circus Elephants in Germany 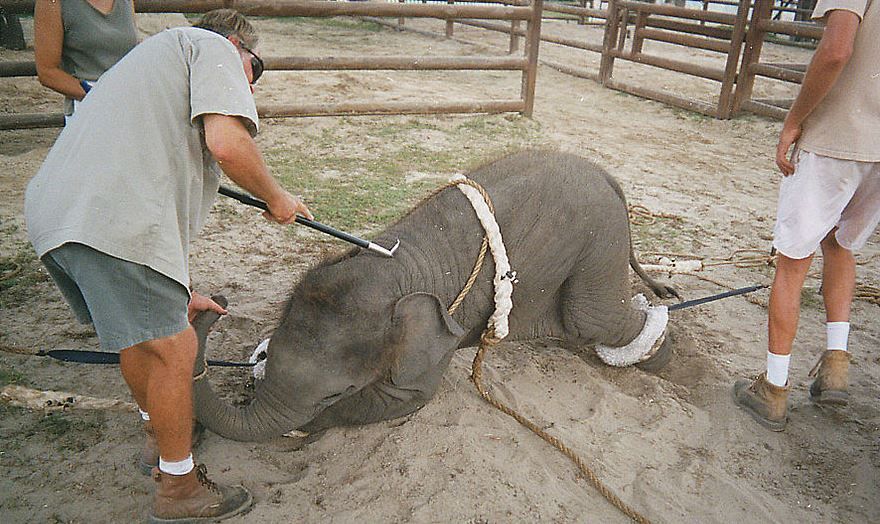 UPDATE (6/9/2022): We sent our petition, signed by more than 12,000 people, to the Federal Minister of Food and Agriculture. Unfortunately, despite multiple checks back, we were not able to obtain information on any changes. We thank everyone who signed our petition and we will continue to do our best for all animals. —Lady Freethinker Staff

In a potentially deadly incident at Germany’s Circus Krone on Wednesday, two circus elephants panicked and charged into another elephant during a performance, sending the enormous creature tumbling off the stage and nearly crushing the crowd.

Mala, the elephant who fell, suffered a swollen leg from her traumatic ordeal.

Sadly, such dangerous behavior is a byproduct of the intense suffering of these majestic animals. Circus elephants are broken to make them fearful and obedient, as trainers inflict pain with bullhooks or electric prods to make them perform demeaning tricks. When not performing, the elephants are shackled for 18-20 hours at a time, suffering physically and psychologically.

Most European nations have already banned the use of wild animals in circuses, but Germany is one of the few to still allow this cruel and archaic practice.

Sign this petition calling on Julia Klöckner, Federal Minister of Food and Agriculture for the German Federal Government, to enact a ban on elephants and all other wild animals in circuses —  so these tortured animals can retire and live their lives in peace.