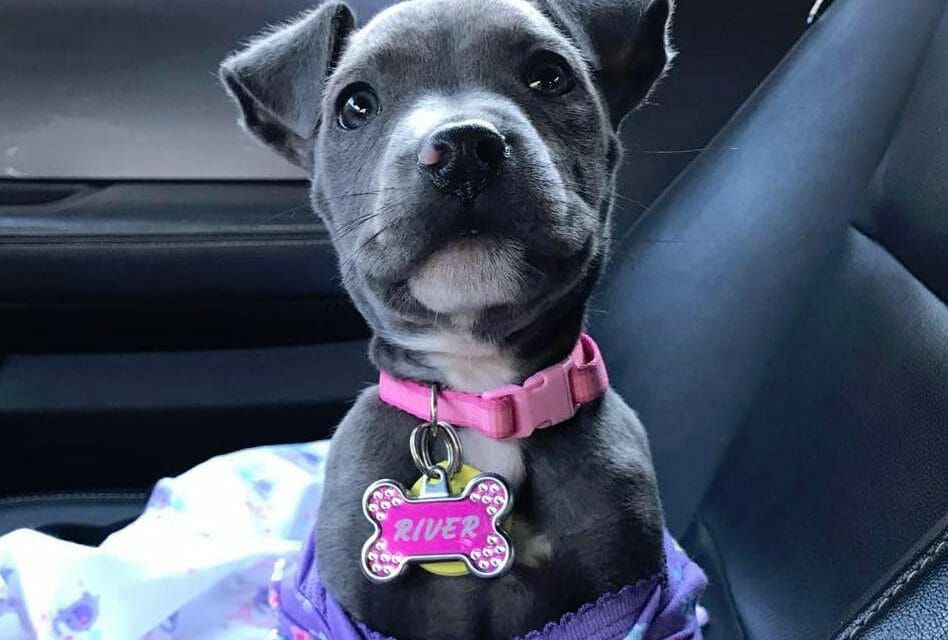 An adorable pitbull puppy rescued from near death at the Halifax river in Daytona Beach, Florida, has found a happy and loving home after being adopted by a dog-loving police officer who instantly fell in love with the orphan.

On January 17th, a freezing cold morning at 27 degrees Fahrenheit (-2 degrees Celsius), animal control officers responded to a report of a small puppy abandoned under a bridge on the river bank.  Officers John Pearson and James Lee found the puppy – only around two weeks old –  shivering and alone.

“She was found wedged between two rocks,” said Lyda Longa, police spokesperson. “She was soaking wet.”

The officers quickly took her back to their vehicle, turned up the heat and wrapped the shivering puppy in a towel before taking her to the shelter at the Halifax Humane Society.

Photos posted of the gorgeous pup on the Daytona Police Facebook page received hundreds of likes and comments, and a video taken immediately after the rescue went viral and has been viewed over 170,000 times.

Kera Cantrell, a kind hearted animal-lover who has served as a police officer at Daytona Beach for 21 years, regularly visited the shelter on her lunch break to visit the dogs. After hearing about the rescue, she decided she wanted to go check on the wee pup, who had been named River by the veterinarian at the shelter. It was love at first sight for the pair.

“She was this teeny tiny little thing. I grabbed her and pulled her out of the kennel she was in,” Cantrell said. “I put her up to my chest and she snuggled up under my neck – and went to sleep.” 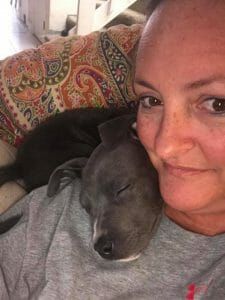 Although Cantrell already lived with three rescue dogs, she instantly knew she had to take River home to join the family. Once the young pup was healthy enough to leave the shelter, she was warmly welcomed by the other dogs: Mojo, Duck and Goose. 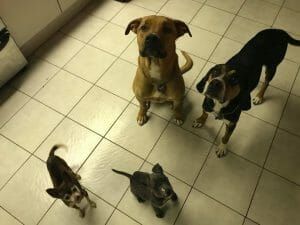 River is a much loved addition to the household and frequent visitor to the Daytona Beach Police Department. When it’s cold, Cantrell dresses her up in a onesie and swaddles her in blankets.

“This baby is never going to be freezing again.” Cantrell said. “ She survived it. She’s a fighter. She’s an amazing little girl.” 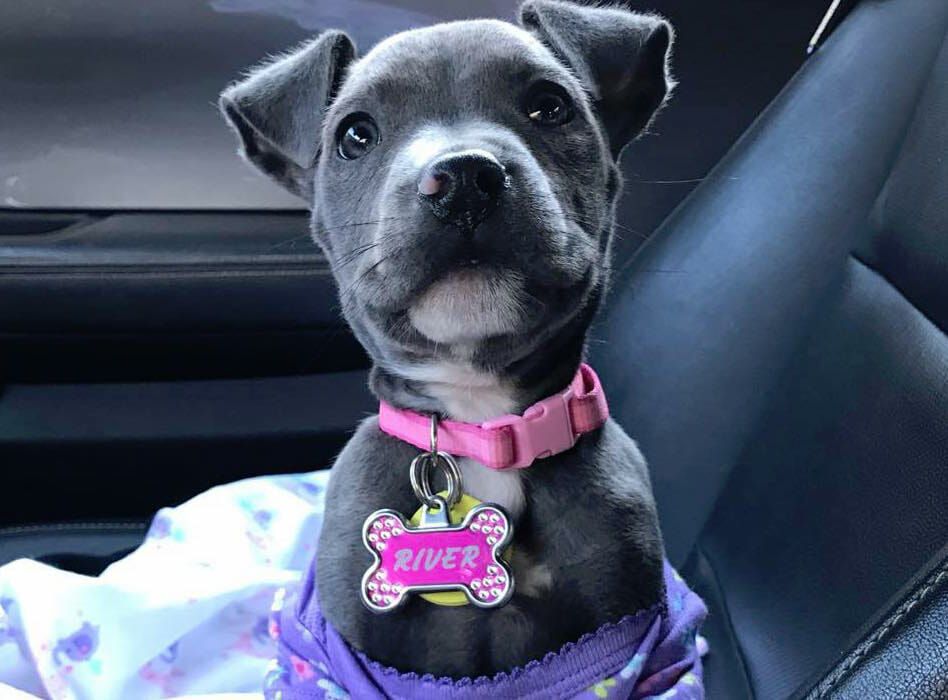