Rescue Ship Launched to Save Refugee Children from the Treacherous Seas 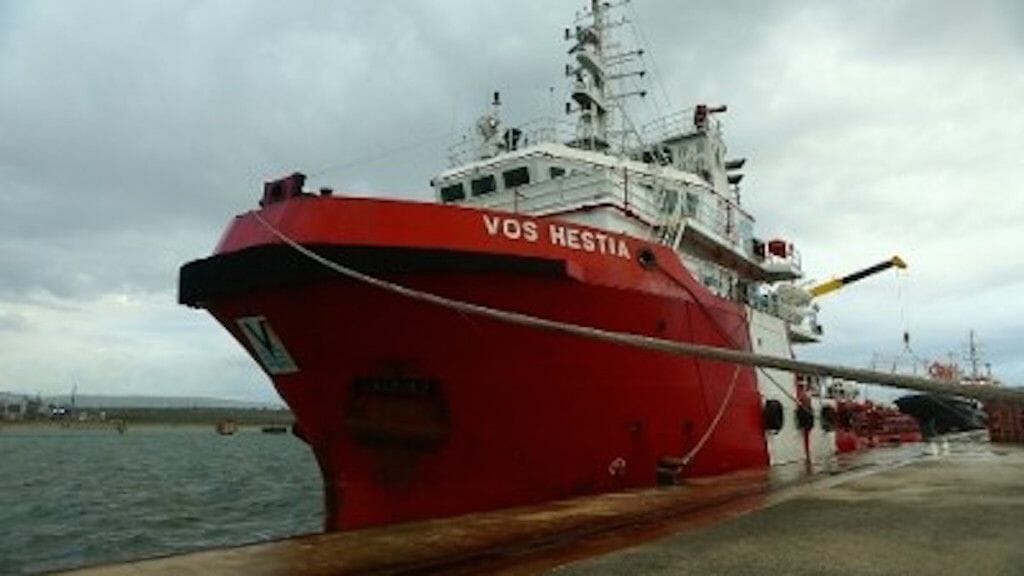 The Vos Hestia - Image Courtesy Save the Children

Images of desperate children swimming ashore on beaches are imprinted in our collective memory. Our hearts broke when we saw images of Aylan Kurdi, a three-year-old Syrian boy whose lifeless body was found off the coast of Turkey. But for every story of tragedy comes a new ray of hope, as organizations worldwide come to the aid of the desperate refugees. One such group, Save the Children, has just launched the Vos Hestia, a search-and-rescue ship that has set sail from Sicily to save refugees in the Central Mediterranean.

“More than 15,100 children have made the treacherous crossing across the Mediterranean this year – an increase of more than two thirds compared to the same period last year,” Erin Taylor, spokesperson for Save the Children, told Lady Freethinker. “Ninety percent of them have faced the deadly waters and a new continent without their parents. The root causes are complex and many but our response is simple: we must stop children drowning.”

For nearly a decade, Save the Children has offered support to children who arrive in Italy by sea. Many of the boats carrying the refugees are inflatable or otherwise unsuited for the perilous waters.

“We know how terrifying and deadly the journey is,: said Taylor. “One 16-year-old girl from Eritrea told us ‘The worst part of the entire journey was the boat. It was a question of life or death… We were waiting every day to die. We were praying, confessing, it’s all you can do.’”

The Italian ship can fit 300 people and provide them with food, water and medical treatment. Child protection specialists and cultural experts will work with children who are traveling alone or seem to require additional emotional support.

According to Taylor, the ship also has “translators and mediators to ensure we understand people’s needs and can communicate with them effectively and compassionately, including explaining what will happen next. The vessel will then take people to a safe port in Italy.”

“Children are children, first and foremost, said Taylor. “Whatever children are fleeing from, they have the right to be safe. We have an obligation to protect children, whether in Europe already, or during their dangerous and deadly journey.”