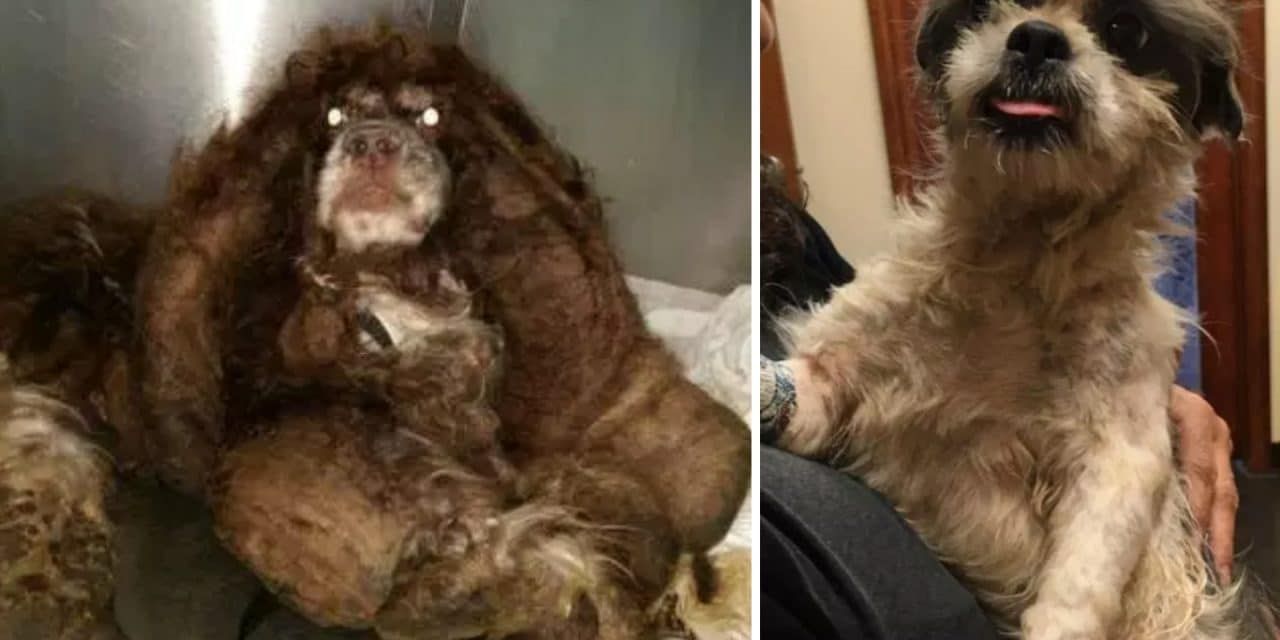 When rescuers found this cocker spaniel, named Hamish, he was so knotted up and weighed down with matted fur, he struggled to walk. Hamish, who was discovered in the middle of a road in San Antonio, Texas by workers from Animal Care Services, was essentially unrecognizable. Not only did his rescuers not know his breed or gender, but they weren’t even sure what type of animal he was.

The first step to getting Hamish back to his old self was to remove his excess fur, which prevented him from opening his mouth to eat or even opening his eyes. Workers removed an astounding six pounds of the dog’s tangled and matted hair. It was the worst case of overgrown fur some of the rescuers had ever seen.

The results revealed an underweight male dog who suffered from a variety of health ailments. Hamish weighed only twelve pounds – half the average weight of a cocker spaniel his age. As a result of being severely malnourished, he also had dental issues.

Rebecca Payne of Cocker Spaniel Rescue, a nearby nonprofit, noticed Hamish’s story on social media. The group was eager to help in any way possible and rushed to the dog’s aid. Hamish was in such dire condition, he needed to spend additional time at the vet, receiving more treatments.

After undergoing the removal of many teeth, Hamish was left with just eleven out of the 42 a dog normally has. Because of his dental issues, it would be difficult for Hamish to put on the weight he desperately needed.

Hamish was put on weight gain supplements and a soft-food diet, and was dressed in special jumpers designed to keep his underweight frame warm. After two more weeks, he was placed into foster care.

Although recovery has been slow, Hamish has made vast improvements. According to the shelter, he’s already showing signs of feeling much better.

Once Hamish gets healthy, he’ll up for adoption, in hopes of transitioning from a foster home to a forever home.