She Rescued a ‘Werewolf Dog,’ Not Knowing it Would End Up Rescuing Her

Home » Animals » She Rescued a ‘Werewolf Dog,’ Not Knowing it Would End Up Rescuing HerBy Elise Phillips Margulis | June 6, 2016 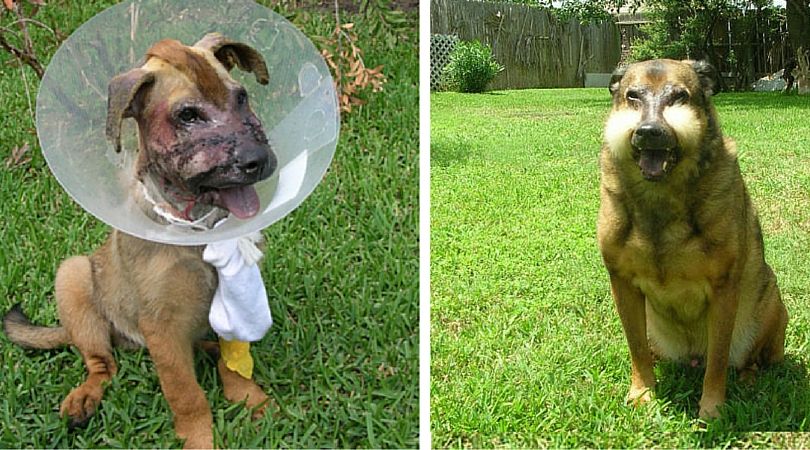 Danielle Torgerson was moments from imminent death when her dog, Mister D, brought her back to life.

Flash back several years to when Torgerson, a veterinary technician, was at work and heard crying and sounds of pain. She was drawn to the sounds and wanted to find out what was happening. As she entered the examination room she saw a puppy whose fur had been burnt off his face. The smell of gasoline permeated the air. The owner claimed that bees had stung the pup, and he intended to have him euthanized.

The puppy looked at Torgerson, his eyes filled with pain and despondence. He was so young, and Torgerson couldn’t bear the thought of the dog’s life being cut so short. She wondered if the puppy could be saved, imagining him living a happy life: sleeping in a snuggly dog bed, strolling in her neighborhood, and waking up every day next to a person who loved him. She asked the vet if the puppy could survive. He replied affirmatively, and she was determined to help him heal. 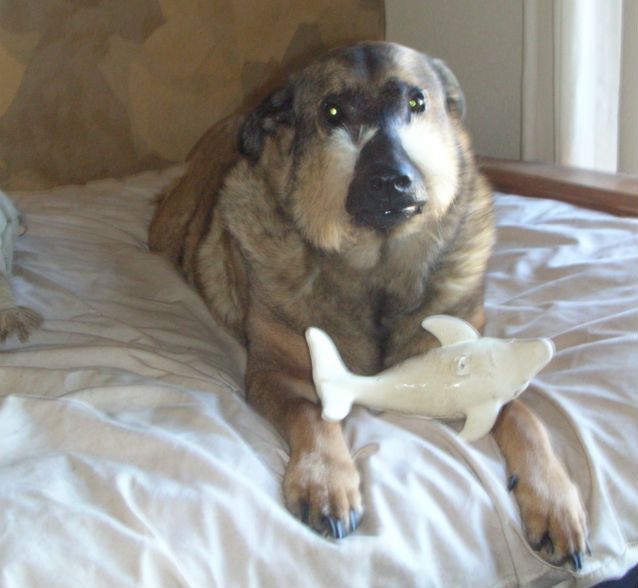 She consulted with Dr. Elaine Caplin in Austin, TX. Dr. Caplin, a plastic surgeon, reconstructed his ears and his mouth (because it had melted). She also attached fur to his face. Mister D responded well to the skin grafts and was able to function independently.

Torgerson named the dog Mr. D’Artagnan (Louis XIV’s Captain of the Musketeers of the Guard) but called him Mister D as a nickname. Torgerson already had several pets at home, and Mister D was eventually able join them. He shared food with them, and also snuggled with the family cats.

Several years later, Torgerson was in a motorcycle accident and wound up in a coma with brain damage and a broken skull. The doctors were ready to unplug the respirator because she had been unresponsive for twelve days and had specified that she wanted to donate her organs. A priest was about to read her last rites!

Something in the depths of her body screamed that she needed to wake up and return to her pets. She mustered all her energy, woke up, and said the words “Mister D.” Her love for her animals seemingly helped her gain consciousness.

Togerson considers Mister D her angel. She saved his life, and he saved hers. Some strangers are surprised by his appearance and remark that he looks like a werewolf, hence the term “werewolf dog.”

This happy ending is a testimony to the intense and tight bond between humans and animals. Research shows that pets can lower blood pressure ease depression — perhaps love for a dog can even bring a person back to life.

Torgerson has written a book about her experiences called The Adventures of Mister D, which is available on Amazon. All the proceeds go Texas Humane Heroes, and Torgerson is hoping her stories will encourage others to adopt.