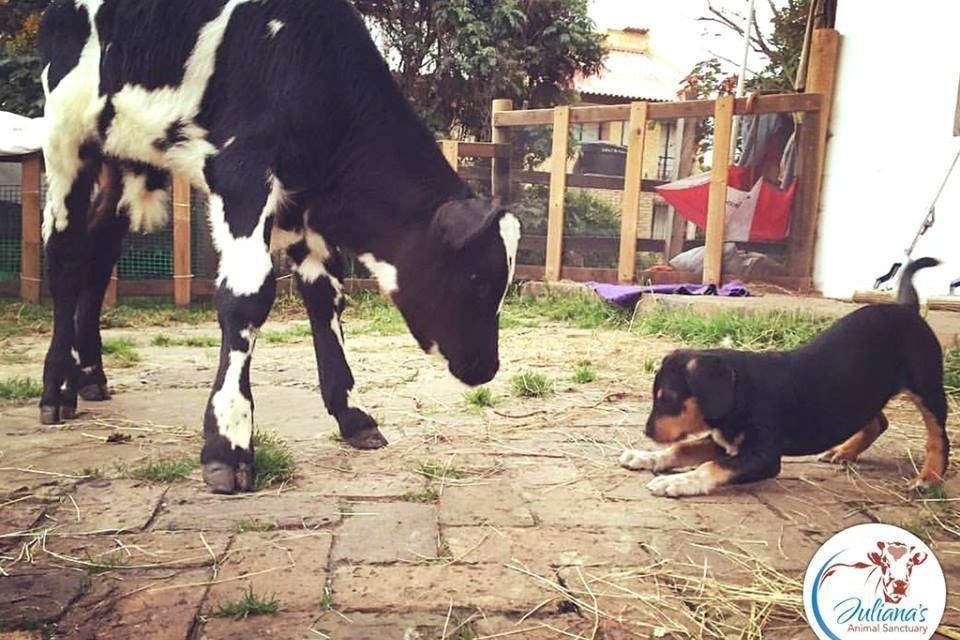 You wouldn’t expect a puppy and a baby cow to be BFFs, but that’s exactly what Bernie and Sri Ram are.  The chances of these two Colombian animals ever meeting were practically non-existent to begin with, though. Sri Ram had only a grim, probably short, existence to look forward to — and Bernie, a horribly torturous, confined life of only a few months after which he would be slaughtered and sold as veal.

Leave it to Juliana Castañeda Turner, the founder of South America’s only no-kill and vegan animal shelter, to volunteer to take four abandoned puppies in need of a home.  In an interview with The Dodo, Juliana explains that she was able to find homes for all but one, whom she named Sri Ram. 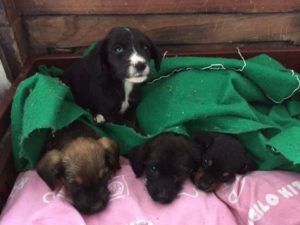 Sri Ram with his siblings

Not long after Sri Ram was getting used to his new home at Juliana’s Animal Sanctuary, the local shelter called.  A 12-day-old male calf had been dropped off from a dairy farm in the hopes he wouldn’t be killed for veal.  Juliana agreed to accept him and named him Bernie. 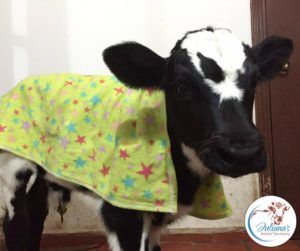 At first, Bernie and Sri Ram were kept separate from each other.   But Bernie was getting lonely and this prompted the sanctuary staff to move him to an area where the older dogs stay.  A fateful decision, because this is where Bernie was to meet his new best friend. 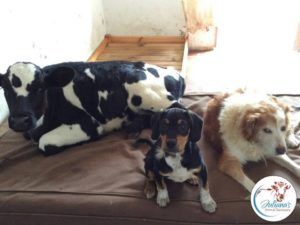 Sri Ram often visited the older dogs, too–  but once he met Bernie they became inseparable.  Age has much to do with this since Bernie is only three months old and Sri Ram is five months.  While they both enjoyed the company of the older dogs, they simply didn’t have the desire to play in the same way.  Finding each other was kismet — two kindred and very lucky young spirits looking for fun!

Bernie and Sri Ram have found love in many forms at the sanctuary, but their bond is the strongest.  They now have the rest of their lives to play and snuggle in a safe, fun place they call home.

And they probably don’t care, but both are now international celebrities that raise awareness for animal rights since their story went viral, even being featured on Inside Edition.