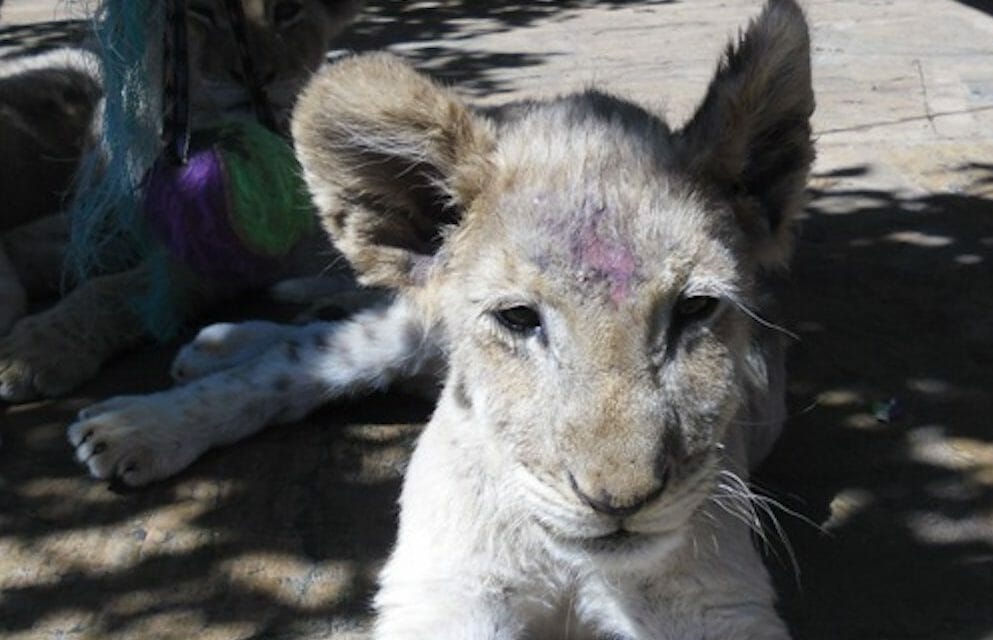 “Trading Cruelty – how captive big cat farming fuels the traditional Asian medicine industry” describes how thousands of big cats are bred and killed every year only to be made into wines, capsules, gels, and balms — products that have never been proven to have any healing properties.

“Does the life of an animal mean nothing at all,” asks Dr. Jan Schmidt-Burbach, global wildlife advisor at WAP. “These big cats are exploited for greed and money – and for what? For medicine that’s never been proven to have any curative properties whatsoever. For that reason alone, it’s unacceptable. At each stage of their lives they suffer immensely – this makes it an absolute outrage.”

Lions are the main focus in South Africa, where cubs are either taken from their mothers in the wild or bred within special facilities. First, they are exploited at petting farms, then used for “walking with the lions” experiences, and eventually murdered at canned hunting game farms for a fee. Their body parts are used as trophies and shipped to Asia to be used in traditional medicines.

China has huge factory-style farms, where dozens of big cats are kept in tiny cells with only the basics to survive. Many discovered as part of WAP’s investigation were emaciated. Some facilities use their captives as entertainment, forcing them to perform in shows and charging visitors to have their photos taken with the miserable animals.

“Many of these animals will only ever see the world through metal bars, they will only ever feel hard concrete beneath their paws, and they will never get to experience their most basic predatory instinct – a hunt,” says Dr. Schmidt-Burbach. “Instead, they are taken away from their mothers as tiny cubs, forced to interact with people or perform tricks, to be then shot or slaughtered so that their bodies can be harvested for products.”

With so many big cats sourced from these horrific farms, you may assume that fewer animals are taken from the wild. This isn’t the reality. WAP discovered that nine out of ten people surveyed in Vietnam — and more than half of Chinese consumers — would rather consume products from animals taken from the wild than farmed. This shows that big cat farming is actually a driving force in the poaching of these magnificent endangered cats.

While the report documents enormous demand for big cat parts for traditional medicine, WAP also highlights some positive statistics. Their studies showed that 67 percent of Vietnamese residents would be willing to try herbal or synthetic alternatives to products sourced from big cats — if the products were reasonably priced.

The organization, along with myriad others around the world, continues to fight for the animals, with a focus on changing attitudes around the use of big cats in traditional Asian medicine.

“This should not be the life for these incredible animals – either in farms or entertainment venues,” states Dr. Schmidt-Burbach. “These animals are majestic apex predators – they are not playthings – nor are they medicine. Big cats are wild animals and they deserve a life worth living.” 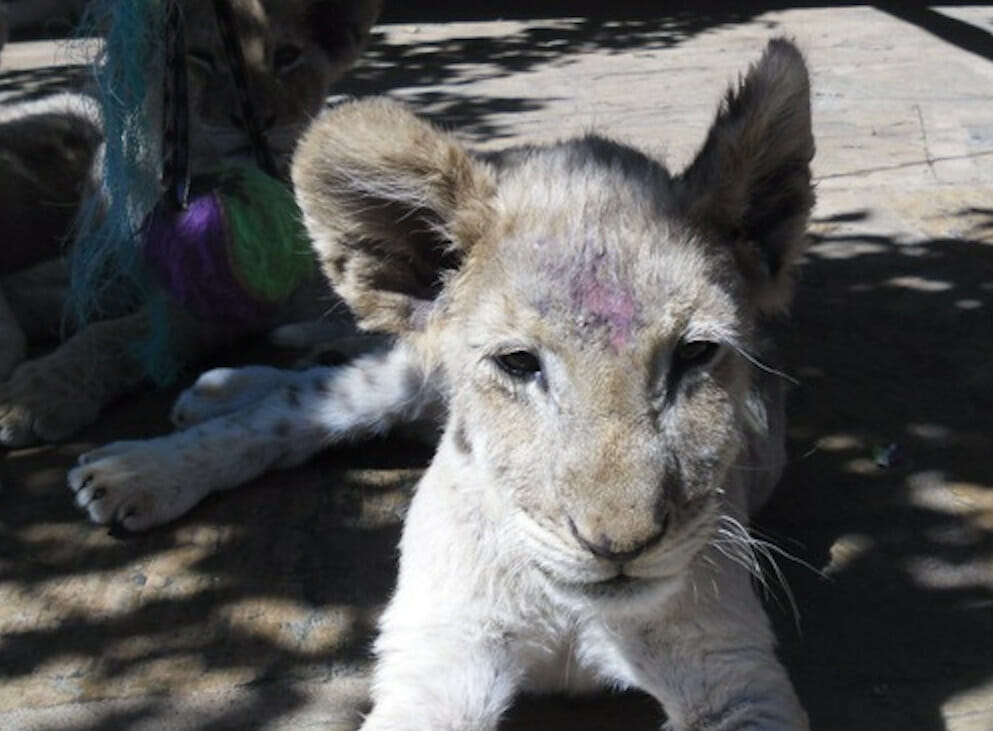