Porcupines Poached for Chinese Medicine at Risk of Becoming Endangered 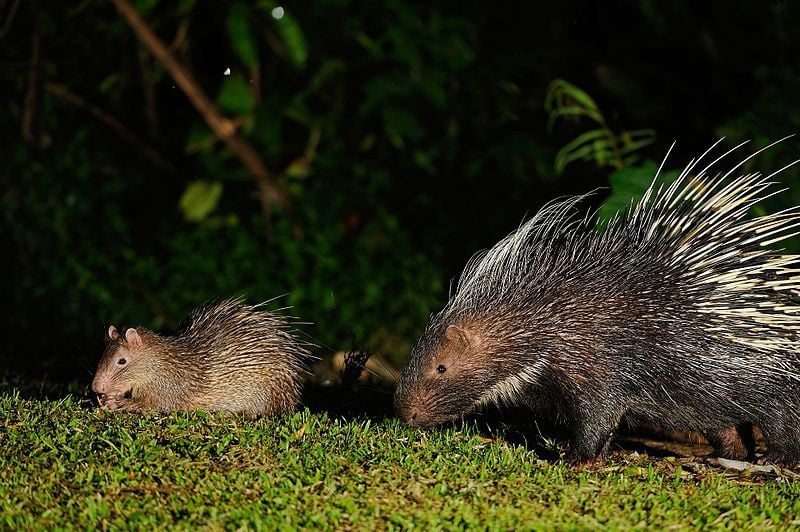 Porcupines across Southeast Asia are at risk of becoming endangered due to a misguided belief that undigested plant material found in their stomachs can cure cancer, diabetes, and dengue fever. This plant material, called bezoars, can only be removed through slaughter.

The prickly animal’s spines are also used in traditional Chinese medicine to prevent nosebleeds. The decline of porcupines is raising red flags in the conservation world and calls for porcupine protection are growing.

If the word bezoar sounds familiar, you may have heard it in a few of the Harry Potter books. In J.K. Rowling’s magical world, a bezoar from a goat counteracted most poisons. However, this is not the case in the real world.

There is no scientific evidence they offer any of the healing properties promised by traditional Chinese medicine.

The full extent of porcupine poaching is unknown despite calls to monitor and protect these animals. Since bezoars fetch between hundreds and thousands of dollars per ounce, the high price makes porcupines a prime target for poachers.

During the 1990s alone, the Malayan Porcupine declined by 20% due to overhunting. Though no comprehensive study has been done since that time, evidence suggests the decline has only continued.

Almost as unpalatable as poaching wild porcupines, porcupine farming is common in Southeast Asia. The animals are bred, kept in small enclosures, and slaughtered for their meat, spines, and bezoars. Some sources claim that wild porcupines produce more potent medicinal properties, putting populations at risk.

Farmers have also admitted to using wild porcupines as founder stock. In addition, poachers will sell wild porcupine meat at a cheaper price than farmed meat. These activities put pressure on wild populations, threatening the species.

Porcupines are not at the forefront of conservation news. Though there are laws in place offering varying levels of protection, most protections are minimal and enforcement is difficult to navigate among legal trade.

Conservationists fear that porcupines will follow the path of pangolins. Illegally traded in the millions, pangolins became critically endangered before real protections kicked in.

Giving them the status of threatened or endangered would increase legal protections and raise awareness. CITES (Convention on International Trade in Endangered Species of Wild Fauna and Flora) has not designated the porcupine any protections for trade.

What Can You Do?

It may seem daunting to think about combating the poaching of these adorable herbivores. But you can speak up for their protection. Email the U.S. ambassadors in Vietnam, Malaysia, and Indonesia and let them know this issue needs to be addressed.