Recent Wildfires and Hurricanes are Pushing Endangered Animals to Extinction 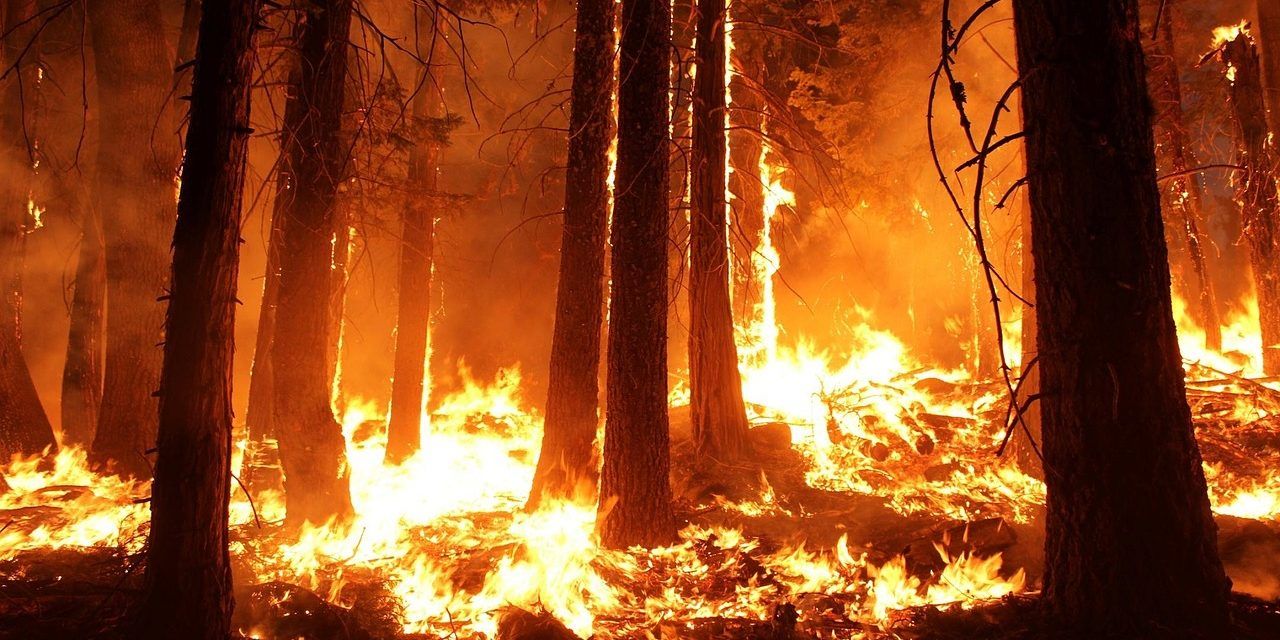 Species all over the U.S are suffering from the recent onslaught of natural disasters.

When a wildfire hits, the effects are unmatched in the sheer extent of devastation and habitat loss, bringing many endangered species to the very brink of extinction. While lightning has the potential to start wildfires, most forest fires are a direct result of careless human activity.

After lightning struck Arizona on June the 7th this year, 48,000 acres of ancient forest was set alight. The fire left only blackened tree stumps and ashes. And there are now only 217 of the 252 endangered red squirrels left in existence.

While a handful of the squirrel population had radio transmitters fitted, they were burned to ash by the flames. With the winter of 2017 close approaching, many are concerned for the survival of the last remaining squirrels.

“Most of them have lost the cones they’ve stored for their winter nourishment… How do we get them through this winter?” said Jeff Humphrey, a spokesman for the U.S. Fish and Wildlife Service.

These red squirrels are considered “biological remnants of the ice-age.” In the 1960’s, the squirrels were believed to be extinct until they were rediscovered in the 1970’s.

This rare Mount Graham red squirrel species is only one species among many whose populations are threatened by the severe habitat loss of storms and forest fires across the U.S.

North America’s rarest of species, the Amargosa vole, has now lost its remaining habitat to a fire this September and it is estimated that as many as 50 voles out of the remaining couple of hundred were lost to flames this year. If their population wasn’t already threatened enough, the habitat destruction has left them with little shelter and food.

“It killed off all the vegetation…and they need to live in that,” said Janet Foley, a professor at the U.C. Davis Veterinary Medicine protection program.

While the destruction of a forest fire seems difficult to rival, the infamous Hurricane Irma has pushed the Miami Blue butterfly so close to extinction that its numbers may never replenish. The Miami Blue is the most endangered species of butterfly in Florida and only one has been sighted since the storm hit in September.

“They’re doomed. They’re found only on these isolated islands in areas that take the full brunt of hurricanes,” said butterfly expert Marc C. Minno. Fortunately, with the risk of extinction taken into consideration, Miami Blues are being bred in captivity by scientists at the Florida Museum of National History.

While forest fires and storms may have the reputation of being natural disasters, a shocking 90% of wildfires are caused by humans. The general negligence and carelessness we have for the environment have left many species either extinct or on the very brink of extinction. All it takes is an unattended campfire or a discarded cigarette butt. Failing that, many fires are started by direct arson attacks or the burning of debris. Only 10% of wildfires are results of lightning strikes and lava.

Over 9 million acres of land has been destroyed by wildfires, leaving wildlife vulnerable and exposed without the shelter and vegetation crucial to the survival of their species.

With thoughtlessness and global warming, humans have created or magnified these catastrophic events. And it’s up to us to step up and end the destruction so the animals may live.