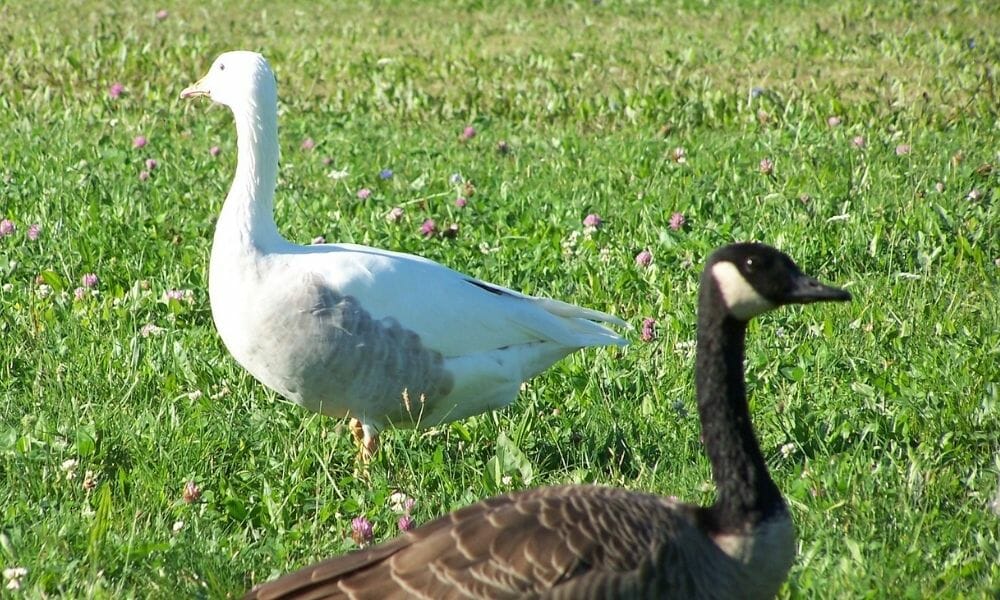 The seldom-seen bird alighted amid the species’ molting season and was spotted from the nearby county highway overpasses, RadioIowa reported.

Erich Gilbert, assistant manager for the refuge, said the bird “looks like a ghost or a hologram.”

“They say that birders — someone who is a bird watcher — is likely to see this maybe a couple of times in their lifetime,” Gilbert explained. “It is quite rare.”

While the flock has appeared in the area for the last three years, their presence also is somewhat unusual.

“Three years ago they nested here for the first time in at least 100 years, probably more than that,” said Gilbert.

An ongoing drought has attracted the birds, who prefer water that’s knee-deep or less, he added.

For those hoping to catch a glimpse of the albino goose, the refuge’s Auto Tour Route is open daily from sunrise to sunset until Sept. 20. Drivers are urged to pass through with extreme caution and to be prepared to slow down or stop for birds.

Visitors also should not attempt to feed, approach, or interact with the wildlife.

In addition to Canada geese, visitors are likely to see ducks, trumpeter swans, great blue herons, and pelicans. The best times to visit are the early morning or evening hours, when temperatures are cooler and the birds are most active.