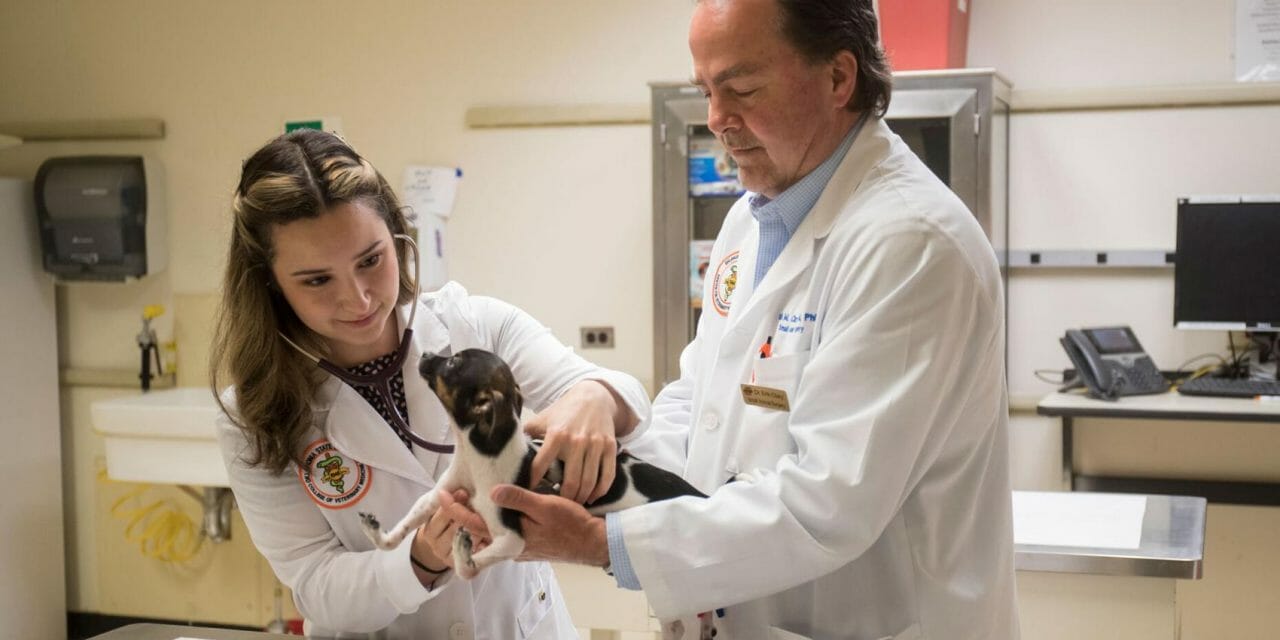 A puppy born with a birth defect that left her front paws turned upward can now walk normally after an incredible and successful surgery.

A Dallas animal rescue group brought Siggi, a spotted Rat Terrier, to the Oklahoma State University’s Veterinary Teaching Hospital (VTH) after learning that the hospital had performed a similar successful surgery on a Coonhound named Milo in 2019.

For reasons not fully understood, the two dogs’ elbows protruded out of their joints and resulted in a severe rotation of the lower front limbs, making it impossible for them to walk, said Erik Clary, an animal surgeon at VTH.

“At most, they might muster a crawl that seems most uncomfortable and is poorly suited for a dog’s life,” Clary said.

The complicated procedure was a success. Her dedicated medical team carefully splinted Siggi’s elbows and attached an orthopedic fixator device while she healed. After a few weeks, Siggi’s bones were strong enough for her to begin learning to walk again.

Calling her a “quick learner,” Clary reported that Siggi is well on her way to doing all the normal activities that puppies do — like chasing a ball.

He added that he hopes that Siggi — like Milo — will now be able to live a more joyful life.

“Milo has brought much joy to many people and I expect the same will be true of Siggi,” Clary said.

Siggi’s is the latest success story in a growing portfolio of corrective surgeries performed by Oklahoma State University’s College of Veterinary Medicine.