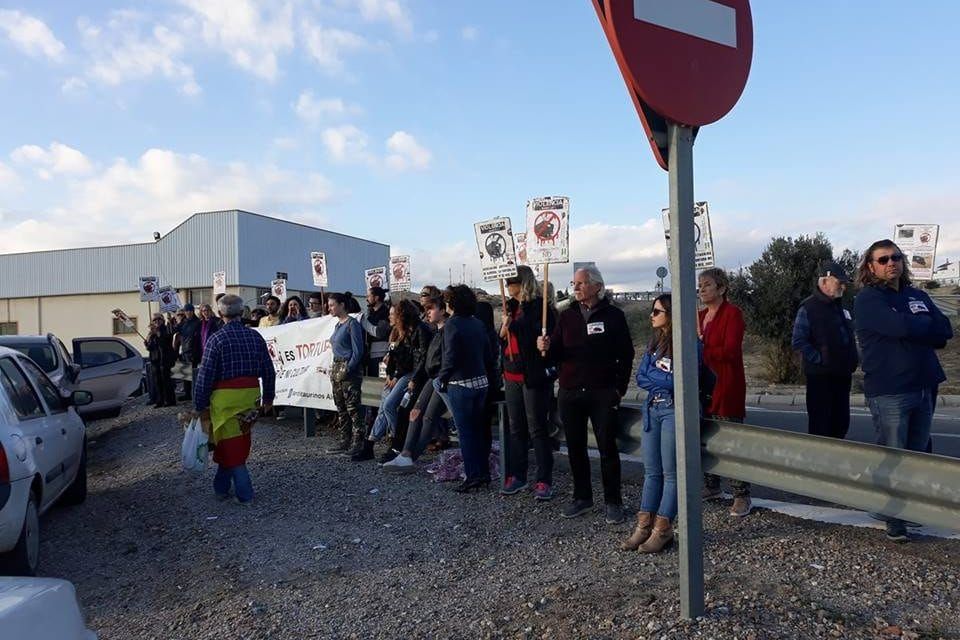 For the first time in 15 years, bullfighting has reappeared in Albox, a municipality in the Spanish province of Almeria. The cruel sport was included on this year’s All Saints Day itinerary — a council decision that was defended by local mayor Francisco Torrecilla in an interview with the Euro Weekly News.

Torrecilla stated that his administration received an overwhelming number of requests from bullfighting enthusiasts for a revival of the sport. He also justified the decision by pointing out that bullfighting has ‘national fiesta’ status and is not illegal.

Others have defended the return of bullfighting to Albox. One local, Manuel Gutierrez, stated of the protesters: “They don’t understand the fiesta. They don’t know about the money it generates.”

Joaquin Horta of Granada, who was working the ticket booth, believes that people who are against bullfighting don’t consider a bull’s “privileged life” prior to its entry into the ring or the “sacrifices” made by bullfighters.

Despite such glorification of the sport, its incorporation into the All Saints Day program was also met with opposition. A peaceful protest was held by Antitaurinos Almeria, an anti-bullfighting organization, in front of the temporary ring in La Molata.

Protesters made their concerns clear at the demonstration, shouting statements like “this is a national disgrace” and “this is not for children.” They also blew whistles and waved placards. Among the protesters were expatriates and British residents.

One protester, Audrey Bullen, described bullfighting as “unspeakable” and “barbaric.” She also pointed out the apparent hypocrisy of a country that is known for its animal welfare campaigns condoning the sport.

Vicky Evans, a volunteer with the Albox-based animal rights organization APSA, was motivated to participate in the protest by her strong convictions against bullfighting. It was the first protest she ever attended.

Amparo Rodriguez likened the sport’s comeback in Albox to “an enormous step backwards in a civilized society” and echoed the sentiments of many anti-bullfighting activists: “There is no tradition, culture or art in something which is the suffering of a living creature.”