SeaWorld Polar Bear Has Died ‘Of A Broken Heart’ 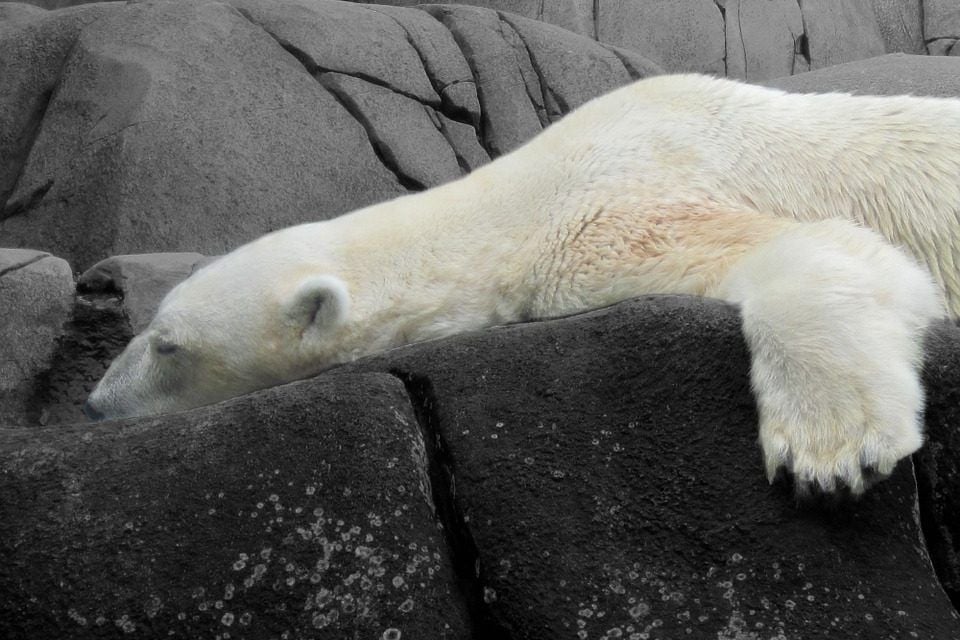 Szenja the polar bear died after being separated from her longtime companion of 20 years, who was shipped to the Pittsburg Zoo for breeding purposes by SeaWorld San Diego.

“Szenja died of a broken heart, Peta believes,” said Peta Vice President Tracy Remain. “After losing her companion of 20 years when SeaWorld shipped Snowflake to the Pittsburgh Zoo in order to breed more miserable polar bears, Szenja did what anyone would do when they lose all hope, she gave up,”

While in captivity, some polar bears reach their mid-to late-30s — making the death of 21-year-old Szenja quite shocking to SeaWorld’s staff, and heartbreaking for animal rights activists.

“Szenja not only touched the hearts of those who have cared for her over the last two decades, but also the millions of guests who had a chance to see her in person. We’re proud to have been a part of her life and to know that she inspired people from around the world to want to protect polar bears in the wild.”

This is far from the only time SeaWorld’s animal caring practices have been scrutinized by the public. The most notable incident in the 2013 documentary, “Blackfish,” left SeaWorld’s ethics questioned and animal rights organizations enraged. The documentary gives a behind-the-scenes look at how killer whales are cruelly treated and how the lives of trainers were lost while under the care and employment of SeaWorld.

Although no one knows for sure the cause of Szenja’s death—whether of a ‘broken heart’ or from other causes—one thing is apparent: SeaWorld needs to reassess its way of treating animals.