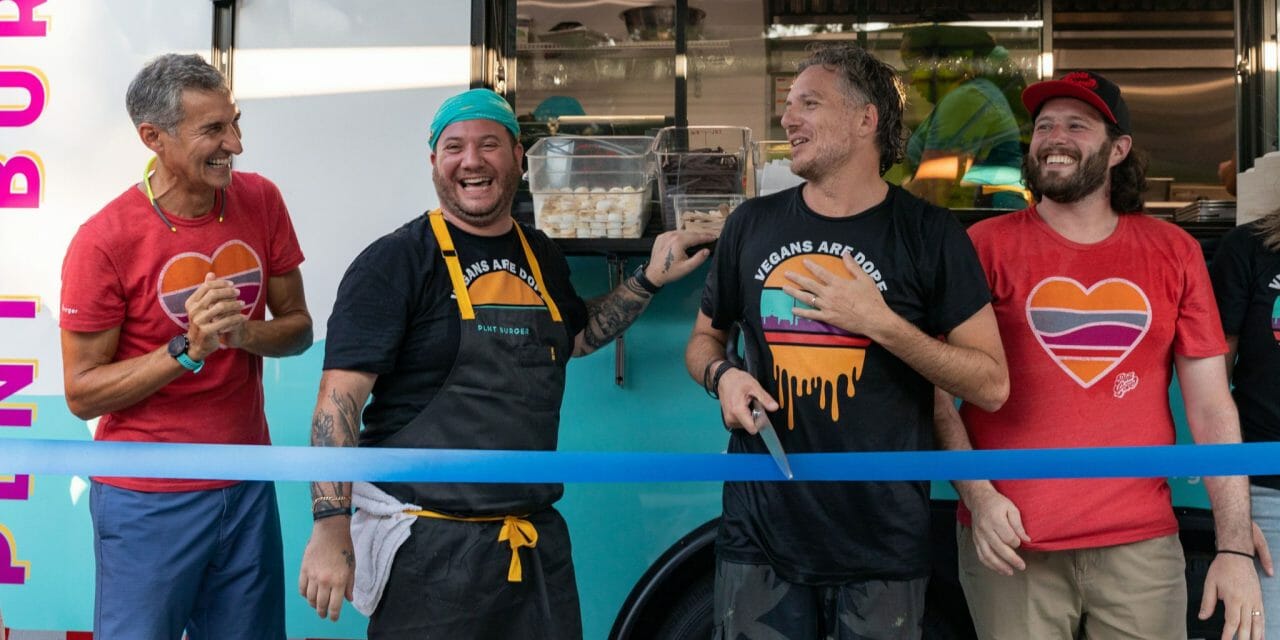 Mendelsohn announced via Tweet that he’s adding Lil’ Dippers “chicken” bites to his menu, which he described as “crispy, craveable @gardein nuggets” that will be a perfect pair with his restaurant’s signature Sweet Heat and BBQ sauces.

Then came an even bigger announcement — the opening of his first PLNT Burger branch in New York City.  The 850-square-foot location in Union Square is the first of several PLNT Burger locations that Mendelsohn plans to open in the Big Apple.

“I’m very excited to be back in New York with a plant-based restaurant, full of advocacy, and doing what is good for the planet,” he said.

He’s not the only one who is excited– a Tweet from @UnionSquareNY noted that the 55 new businesses — including Mendelsohn’s — means the square will be “buzzing with positive news and energy.”

The 100% plant-based restaurant chain operates out of 10 Whole Foods Markets in Washington, D.C. and surrounding areas with the goal of encouraging people to respect and celebrate all life through acting — and eating — with intention.