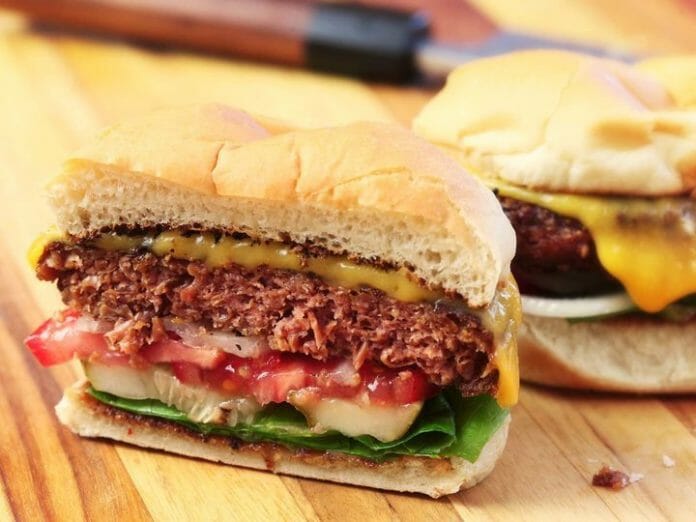 While the benefits of a plant-based diet to both animal welfare and the environment are typically agreed upon, benefits to humans health are still hotly contested, especially with regard to animal-free meat alternatives. Eating plant-based products, however, may lower risk of cardiovascular disease, according to a study in the American Journal of Clinical Nutrition, a peer-reviewed publication.

“Among generally healthy adults, contrasting Plant with Animal intake, while keeping all other dietary components similar, the Plant products improved several cardiovascular disease risk factors, including TMAO,” the Stanford Medicine study concluded. “There were no adverse effects on risk factors from the Plant products.”

Thirty-six adults participated in this effort — “Study With Appetizing Plant Food—Meat Eating Alternatives Trial” or SWAP-MEAT — for 16 weeks. They ate at least two daily servings of real meat for eight weeks, and at least two daily servings of Beyond Meat’s plant-based products for eight weeks, with no changes made to other aspects of their diet, according to Stanford Medicine.

Scientists recorded a decrease in TMAO levels among participants while eating a plant-based diet. This is an important finding because TMAO, or trimethylamine N-oxide, has been linked to a greater risk of heart attacks and other cardiovascular problems, according to a study in the Journal of the American Heart Association. Precursors to TMAO are found in red meat, according to Stanford Medicine.

In addition, researchers recorded a 10 milligram per deciliter decrease in LDL cholesterol (widely considered “bad” cholesterol), which is significant clinically and statistically, according to Christopher Gardner, Ph.D., professor of medicine at Stanford Prevention Research Center, who conducted the study.

As for weight, participants lost an average of two pounds while eating the plant-based diet.

Blood pressure and sodium intake were similar for both diets, which researchers said is important to combat ideas that plant-based diets lead to higher sodium levels, reported Good Morning America.

Beyond Meat supported the study, but did not conduct research or participate in analyzing the data. The National Institutes of Health provided the funding.

With plant-based meat increasing in popularity and many food companies creating meat-free alternatives, the results of this study provide hopeful evidence for a cleaner, healthier future.