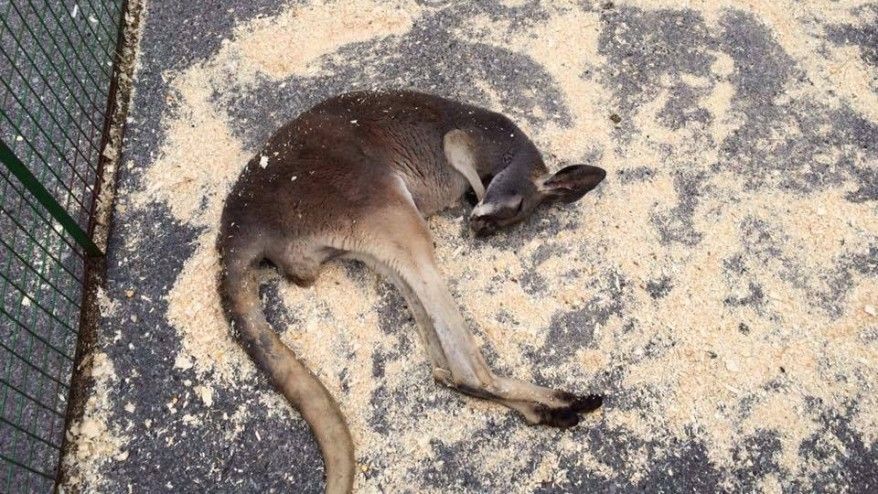 In another strike against petting zoos, a kangaroo left to bake in the sun at the the Aurora Chamber Street Festival Sunday collapsed from heat stroke in his pen.

The ailing animal was discovered by a 10-year-old girl who had been looking forward to the petting zoo and rushed straight to the exhibit. But to her dismay, she found the kangaroo collapsed on the ground, clearly distressed.

“[The kangaroo] was lying on the ground, no water, barely any bedding, lying on the hot concrete and panting and foaming at the mouth,” said witness Jonathan Cole, the little girl’s older brother. There was no shade, no water…nothing to protect the animal from the blazing sun. 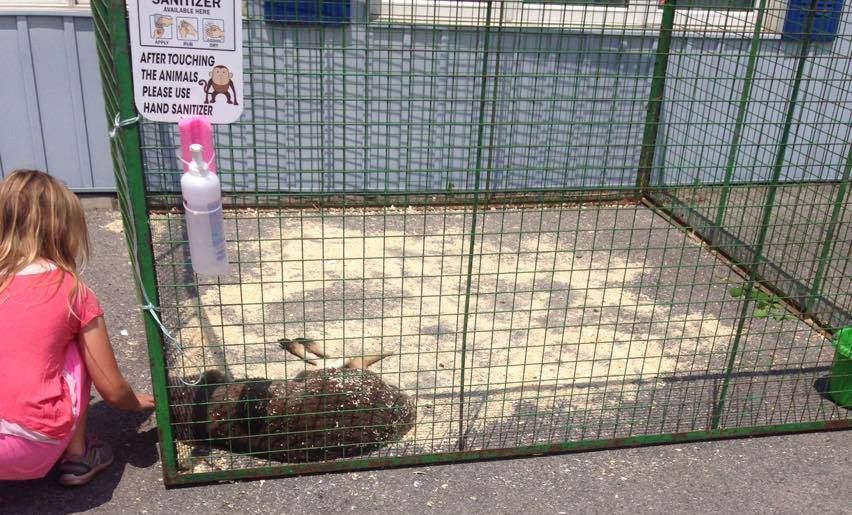 The cruel display was the work of Tiger Paws Exotics, a traveling zoo. And the kangaroo was not the only animal suffering. With just one tarp draped over the entire display — not nearly enough to cover all of the cages — the animals were desperate for relief from the heat.

Two porcupines reportedly fought each other for access to the tiny patch of shade in their enclosure, seen below. 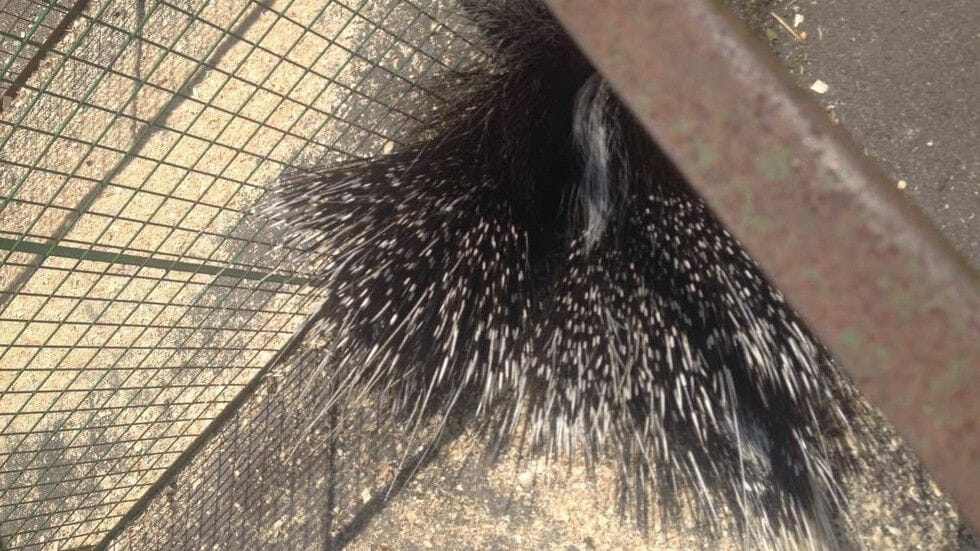 Cole called the Ontario Society for Prevention of Cruelty to Animals (OSPCA), who came out to the festival to investigate. After their arrival, the zoo put up some more tents and gave the animals water. But it was too little, too late — the zoo will not be asked back to next year’s event.

Petting zoos may entertain humans, but they are often torture for the animals forced to participate. The animals generally aren’t there willingly, but rather are captives confined to small spaces and vulnerable to the humans who do with the animals as they please. As long as humans continue treating animals as their playthings instead of as the sensitive, intelligent creatures they are, the suffering will go on.