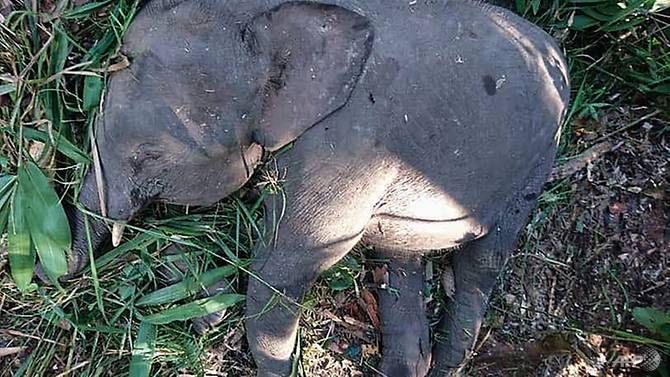 UPDATE (6/17/2022): We sent our petition, signed by more than 20,000 people, to the Sabah Wildlife Department. Unfortunately, despite multiple checks back, we were not able to obtain any additional information about this situation. We’ll continue to advocate for animals, and we thank everyone who signed our petition. —Lady Freethinker Staff

In a heartbreaking act of cruelty, a villager in Malaysian Borneo slaughtered a four-year-old pygmy elephant as an act of revenge for the destruction of local crops.

Wildlife officials found the body of the endangered elephant on the side of the road in a remote area, with a bullet wound in the right side of his abdomen. The bullet tore through the animal’s intestines, causing severe internal bleeding and a slow, agonizing death.

Officials from the Sabah Wildlife Department reported that the animal’s tusks were still present, indicating the elephant was not a victim of the ivory trade but slaughtered merely for looking for food in a dwindling natural environment overtaken by palm oil and other crops.

Sign this petition urging the Sabah Wildlife Department to serve justice for this innocent elephant by fully investigating and prosecuting for this cruel and needless death, and to take immediate steps to stop the human-elephant conflict that poses a danger to both people and elephants.