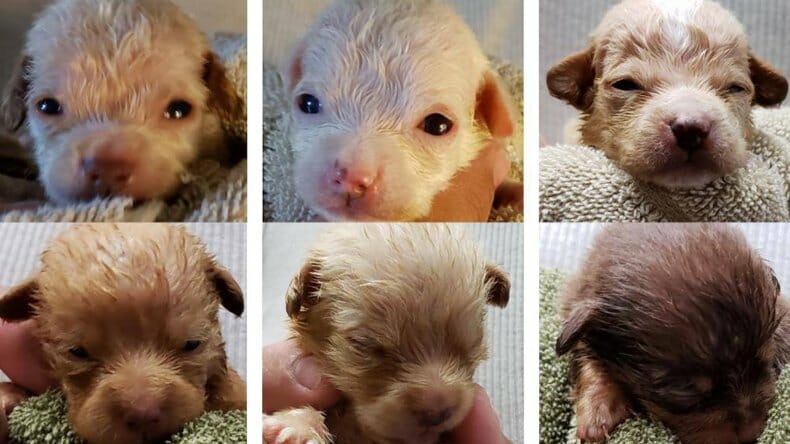 On August 14, a Judge sentenced Deborah Sue Culwell to 365 days in jail. Back in April, police identified Culwell as the woman responsible for dumping seven three-day-old puppies in a trash bin behind an auto parts business in Coachella, California.

Judge Harold Hopp reduced her year-long sentence to 174 days, crediting the time she has already spent in prison since her arrest.

A Lady Freethinker petition urging the prosecution to demand severe and just penalties garnered more than 26,000 signatures. We thank everyone who spoke out for justice for these helpless animals.

Following her jail time, Culwell will be on probation for six years. During this period, she must submit to random drug testing and attend mental health counseling, and is banned from having any animals.

Thanks to a good Samaritan and dedicated animal rescuers, six of the seven puppies survived and have now been adopted, according to the Riverside County Department of Animal Services.

A further 38 dogs were taken from Culwell’s home after her arrest and cared for by local animal rescue organizations.

We are pleased that law enforcement, along with Judge Hopp, took this case seriously and issued a substantial sentence and barred her from possessing any animals — sending a message that animal abuse will not be tolerated in California.