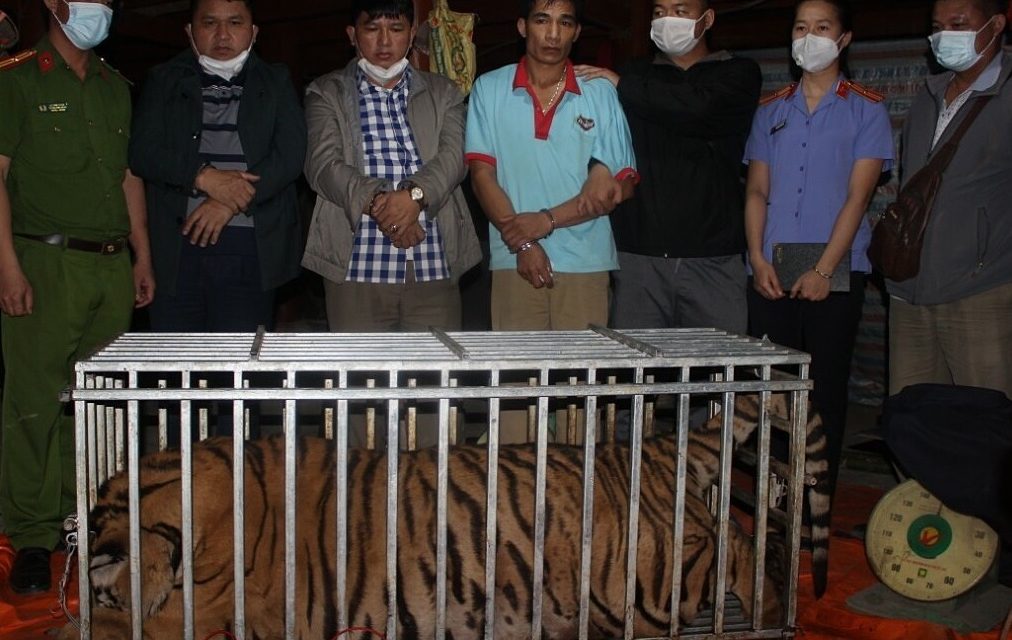 Three men in Vietnam were arrested for allegedly electrocuting a tiger to death with intent to make tiger bone “glue” out of the innocent animal, according to VN Express International.

Police detained Luong Van Anh, Ngo Sy Thanh, and Ngo Sy Tien after raiding Anh’s home in the northern province of Dien Bien.  The trio had reportedly purchased the 220-kilogram tiger from a person in another province and then illegally electrocuted and dismembered the animal  to make bone glue, according to news reports.

Bone glue traders boil tiger bones in high-pressure cookers to create a glue-like substance, which is then mixed into wine or tea and sold as a “health” tonic that is in demand in some countries.

It is illegal to capture and kill tigers for bone glue in Vietnam, especially since tigers are endangered species on the International Union for Conservation of Nature’s “Red List”  and are threatened by poachers who profit from the illegal wildlife trade.

We would like to thank the more than 36,800 readers who signed our petition demanding that officials crack down on this illegal trafficking. But there is still more work to be done.

Tiger farms are a regional problem in Southeast Asia. More than 200 illegal tiger farms housing as many as 8,000 tigers were operating in China, Laos PDR and Thailand as of 2017, with the sap-like “glue” substance selling for up to $15,000 per kilo in Vietnam, Thailand as well as other parts of Asia, according to a study from the University of Copenhagen.