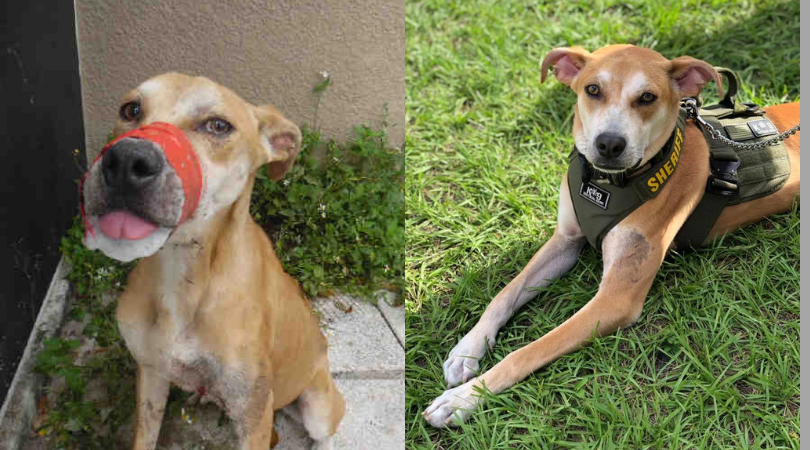 The Lee County Sheriff’s Office in Florida has arrested and charged the man who sadistically taped a dog’s mouth shut in February, nearly suffocating him to death.

A Lady Freethinker petition urging local police to track down and apprehend the perpetrator garnered more than 29,500 signatures. Thank you to everyone who signed for supporting the investigation which resulted in this arrest.

SIGN: Justice for Dog Found Suffocating from Tape Around His Mouth

“Over 70 percent of the people who hurt animals will eventually abuse a human being,” said Marceno. “If you hurt an animal in this county, you will go to jail. I have a zero tolerance for any kind of abuse, and I will dedicate whatever resources necessary to enforce exactly that.”

The dog at the center of this heartbreaking case, now named Chance, is lucky to be alive after Thompson taped his mouth tightly shut with duct tape, suffocating him. By the time rescuers got to Chance, he was near death. He was panting, drooling, dehydrated and malnourished, as well as bleeding from wounds on his leg and chest.

Marceno — an animal lover himself — had vowed that his department would use all possible resources to track down the person responsible. He was so touched by the case that he adopted and deputized Chance, who made a full recovery and is now a “spokesdog” for the department.

Thompson was tracked down by a series of anonymous tips, which led to his DNA being found on the tape used to suffocate Chance. He will be arraigned on June 24.

We applaud the dedication of the Sheriff’s Office in tracking down animal abusers and treating Chance with the respect and love he deserves. Lee County is setting the standard for the rest of the country when it comes taking animal cruelty seriously.