PETITION UPDATE: No Justice For Sea Gulls Intentionally Run Over And Killed in Prince George’s County 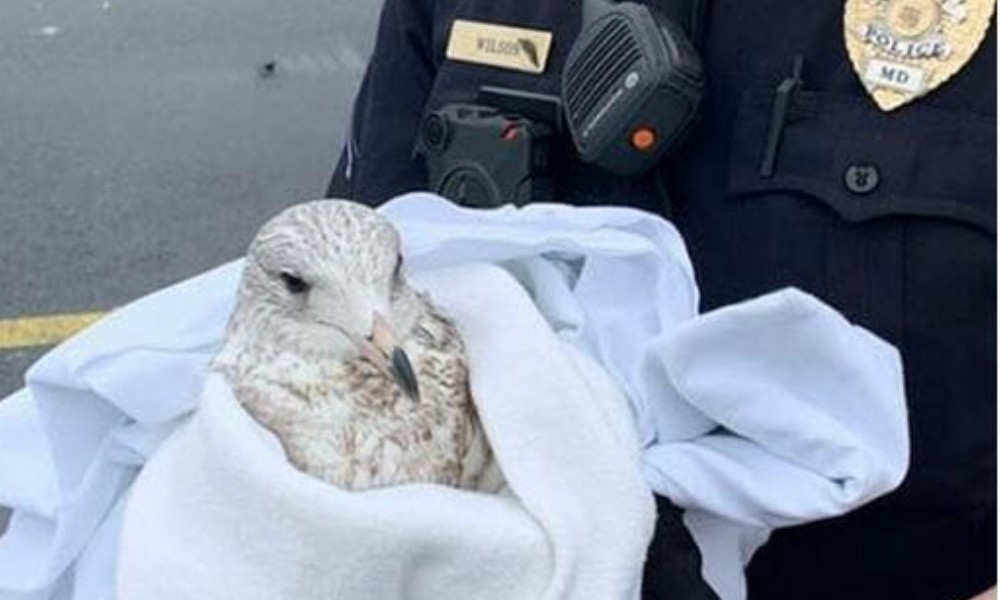 Eleven seagulls cruelly and fatally run over in Prince George’s County, Maryland, received no justice from the Upper Marlboro District Court or the State Attorney’s Office, which prosecuted the case.

Nathaniel Thompson, whom Laurel Police charged with animal cruelty and aggravated cruelty, took an “Other” plea and opted to be placed on the state’s STET Docket for one year— meaning he’ll face no jail time, no fines, no restitution, and no probation unless he reoffends.

All record of the fatal and intentional animal cruelty also will be expunged after that one-year period.

The State Attorney’s Office told Lady Freethinker that the office was “unable to move forward with the prosecution of this case due to witness unavailability, including the State’s essential witness.”

“On the trial date, the State requested a continuance to allow the essential witness to travel back to the area,” a spokesperson said. “However, the court denied the request.”

That statement does not tell the full story – including that the reason the witnesses weren’t available was because the prosecutor had first contacted them a week before the trial, despite more than two years of court continuances.

The cruelty case inspired significant media coverage when first breaking in January 2020, with reports that someone had intentionally lured a group of seagulls with popcorn near the Dollar Tree in the Laurel Shopping Plaza and then run them over.

The police incident report from the time notes the responding officer found ten sea gull corpses, with popcorn visible in their ruptured intestines, when arriving on scene, and that the birds’ injuries included “broken necks, broken wings, broken legs, and some of the seagulls’ bodies were flattened.” The officer transported an eleventh sea gull, found nearby with a severely broken wing, to a wildlife sanctuary, but the bird also perished despite treatment, with a compound fracture and “excessive blood loss” identified as the cause of death, according to public records documents.

According to the police log, accessed via public records request, Laurel police officers preserved that dead seagull as evidence, assiduously tracked down surveillance footage from local businesses and street cameras to identify the individual responsible, and provided witness contact information to the prosecutor to help obtain justice for the birds.

The case was scheduled for multiple hearings in 2021, with delays attributed to COVID-19, and its first – and only – hearing finally happening on Feb. 23, 2022 — more than two years after news first reported the crime.

To learn more about the lack of accountability for such a truly heinous crime once the case hit the court system, Lady Freethinker ordered the court transcript from Thompson’s scheduled trial hearing on Feb. 23, 2022.

The 5-minute audio we received, spread across two short clips, details that State Attorney’s Office Prosecutor Jason Fields agreed to the STET Docket terms after his request for a later hearing date was denied.

The audio also indicates that presiding District Court Judge Katina Steuart denied the requested continuance because Fields had not given key witnesses adequate time to to testify at the trial — instead reaching out a mere week before the scheduled trial date.

During the Feb. 23 hearing, the State’s Attorney’s Office’s Fields acknowledged that the case was more than two years old but asked for an additional delay to allow for key witnesses – one of whom had moved to Georgia, and one who had a doctor’s appointment – to be present.

The judge then asked Fields when he had reached out to witnesses to check their availability.

He responded, “That was Wednesday of last week, your Honor.”

Thompson’s defense attorney objected to the request, saying that Thompson was 78 years old and that “having this case hanging over him has caused considerable stress” and that “the additional anxiety and stress of this case has continued to not help his health.”

Fields then reminded the judge that the intentional cruelty of the case had garnered “a lot of attention.”

“It is a highly concerning case for the community,” he said.

Steuart then asked Fields why he hadn’t reached out to witnesses sooner.

“With that being said, wouldn’t it have been prudent for the State to maybe have reached out to the witnesses prior to last week to determine their availability for trial?” she said.

“Everybody knew about the trial date as of December 2,” she continued. “I’m sympathetic to the fact that these witnesses do want to go forward. I think it’s obviously pretty difficult if you live in another state to say, ‘Yes, I can be in Maryland for a trial date that very next week,’ and I understand why they might not be able to make it.

“But the problem is, it is an old case,” Steuart continued. “There have been some delays due to COVID obviously, but Mr. Thompson is here, he has counsel, he’s ready, so to delay this any further because there was not adequate notice given to the State’s witnesses by the State would not serve the interest of justice.”

Steuart then denied the prosecutor’s request for a continuance, and the provided audio cuts out. A second audio clip, also provided via public records request, picks up with the court acknowledging the parties had reached a “resolution” of Thompson going on the STET docket for a year.

There is absolutely no excuse for someone who commits an act of fatal and intentional violence to not be held accountable for that conscious act.

There’s also no excuse for contacting witnesses a week before a scheduled trial starts, when the case has been ongoing for more than a year, with other public records documents showing that the State Attorney’s Office repeatedly reached out to connect with law enforcement mere days before the scheduled trial dates.

We are extremely disappointed that this case involving multiple defenseless birds — and severe, fatal, and intentional violence — wasn’t taken seriously.

Prince George’s County State Attorney’s Office could have – and  should have – done better by these birds. We hope that prosecutors, moving forward, will treat animal cruelty cases with the severity they deserve.

We thank the more than 25,000 people who signed our petition for these innocent sea gulls. We’ll continue to do all we can to hold animal abusers accountable — and also to call out agencies who give them a free pass.