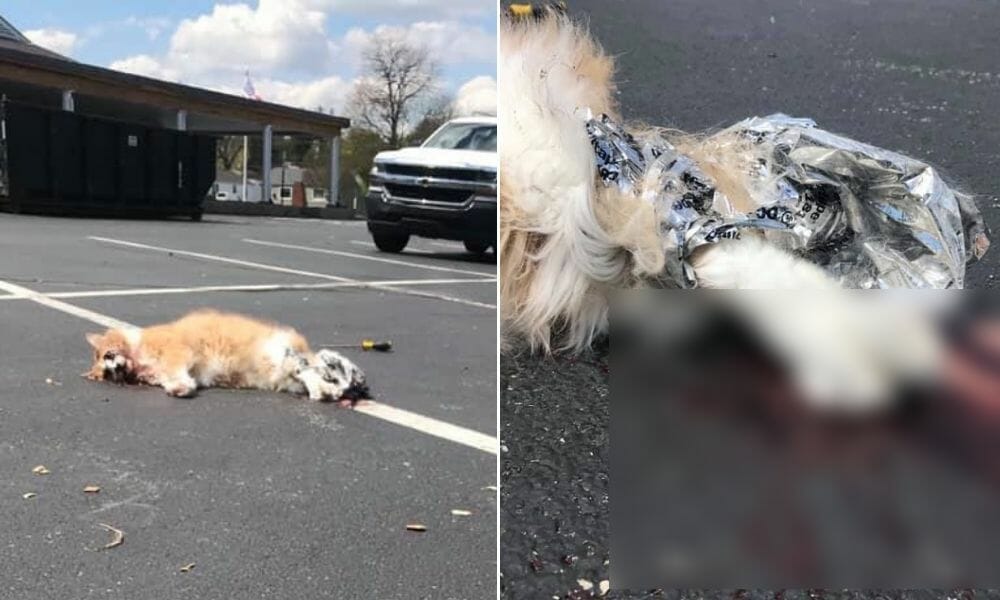 Police have found and arrested a man they say they have connected to the brutal death of an orange and white tabby cat, found bound and mutilated with a screwdriver in a parking lot in Johnson City, Tenn., according to WCYB.

Forensic evidence gathered at the scene was analyzed by the Tennessee Bureau of Investigation and led police to Deamion R. Davis, whom they arrested and charged with aggravated cruelty to animals. Davis is currently being held at the Washington County Detention Center on a $10,000 bond.

“We deal with animal cruelty every day but this is a different type,” said Tammy Davis, executive director of the Washington County/Johnson City Animal Shelter.

Such grievous violence against this helpless animal — or any living being — must be met with consequences.

Lady Freethinker would like to thank the more than 41,000 people who signed our petition demanding justice for this innocent cat. We now urge District Attorney Kenneth Baldwin to prosecute Davis to the fullest extent of the law and make sure that he is never allowed near another animal again.

SIGN: Justice for Cat Bound With Duct Tape and Stabbed to Death With Screwdriver

We will continue to watch for updates in this case.