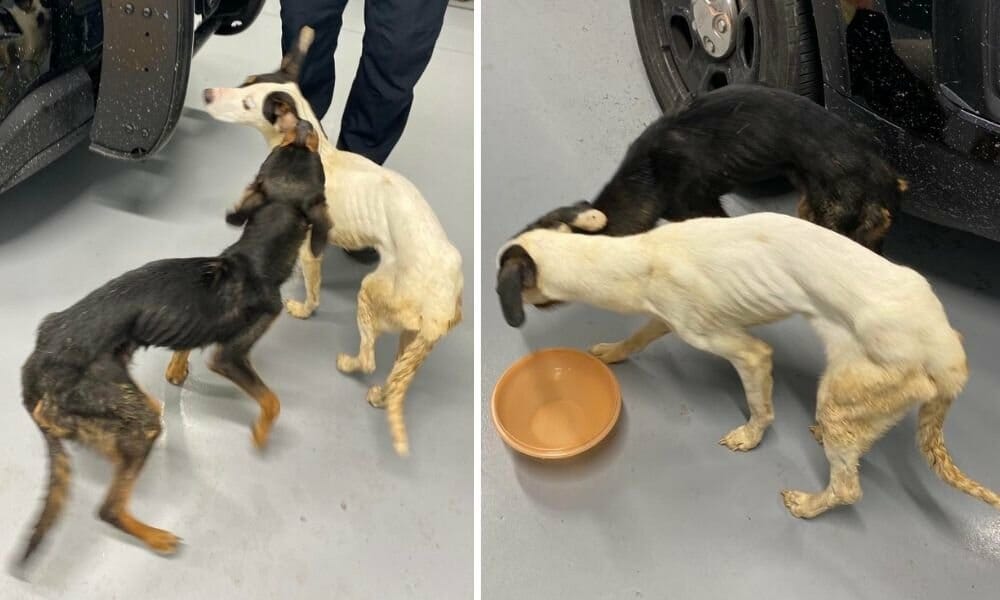 Police have  arrested and charged a woman in connection with two dogs dumped near a roadside on Thanksgiving Day, so emaciated that the outlines of their ribs showed.

A 3-week investigation led police to Joneya Mack, 29, of Newport, RI, who police arrested and charged with unnecessary cruelty and abandonment of an animal — both felonies.

The investigation started when police received a tip and discovered the dogs — re-named Turkey for her dark coat, and Gravy for her lighter one — lethargically lying near the Gardner Seveney Sports complex. An emergency veterinarian treated the dogs for severe neglect, but Turkey lost her life to liver failure brought on by long-term neglect.

Gravy, severely malnourished and dehydrated and weighing a mere 16 pounds, has continued her valiant fight. In a happy update, the Potter League for Animals announced that she has found a new home.

“We are happy to report that our girl, Gravy, has found herself in her foster-to-adopt home!” staff wrote on Facebook. “Our vet staff will keep monitoring her for the next month or so while she settles in and continues to gain weight and recover, but we are over the moon excited for her.”

The post added that Gravy’s new mom is one of the people who found and stepped up to help her on Thanksgiving morning.

“Gravy has come such a long way already and this is just the beginning of her new wonderful life,” the post said. “Our hearts could not be happier – beautiful and sweet Gravy is home for the holidays.”

Lady Freethinker would like to thank the 32,227 supporters who signed our petition urging Portsmouth Chief of Police Brian P. Peters to make this investigation a priority.

We are now urging RI Attorney General Peter Neronha to show a similar urgency in achieving justice for Turkey and Gravy by prosecuting Mack to the fullest extent of the law.