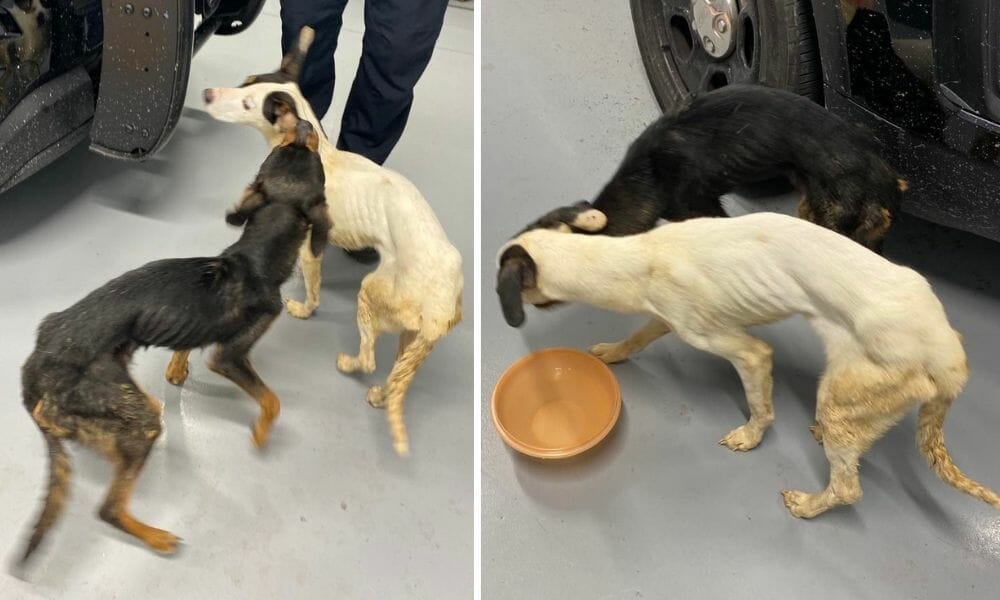 On Thanksgiving morning, two starving dogs  — the outlines of their rib cages showing from malnutrition — struggled to survive after their owners dumped them by the side of a road in Portsmouth, R.I.

Police received a tip and discovered the dogs — now nicknamed Turkey for her dark coat, and Gravy for her lighter one — lethargically lying near the Gardner Seveney Sports complex and rushed them to an emergency veterinarian, where they were treated for severe neglect.

Later that day, Turkey lost her life to liver failure brought on by long-term neglect. Gravy, severely malnourished and dehydrated and weighing a mere 16 pounds, continued her valiant fight.

Malnourishment extreme enough to cause organ failure doesn’t happen overnight.  Authorities must get to the bottom of this heart-wrenching case.

Sign this petition urging the Portsmouth Police Department Chief of Police Brian P. Peters to do everything in his power to find those who neglected and discarded these two beautiful animals.

The Potter League is offering a $15,500 reward for information that leads to the identification, arrest, and prosecution of any individuals connected to this crime. Authorities are asking anyone with information about this case to contact the Portsmouth Police Department Detective Division at 401-683-0994 or the department general line at 401-683-0300.