SIGN: Justice for Tiger Run Over with Tractor and Beaten to Death 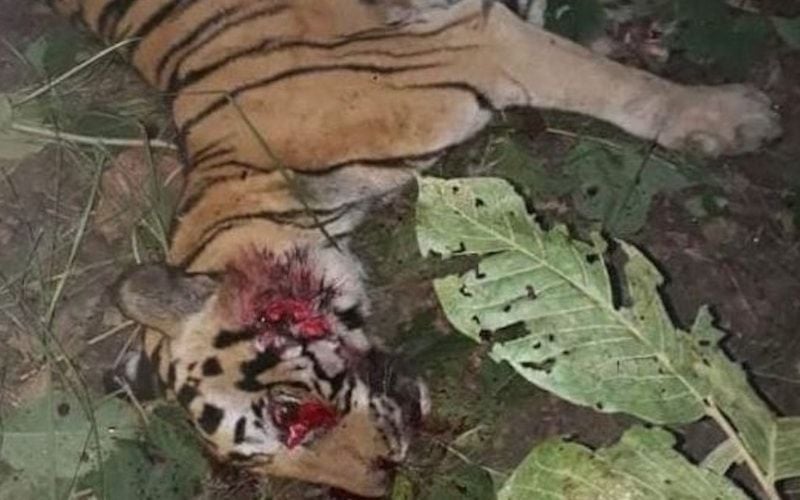 UPDATE (7/11/2022): We sent our petition, signed by more than 25,000 people, to the Principal Cheif Conservator of Forests. Thank you to everyone who spoke up on behalf of this beautiful tigress! Unfortunately, despite multiple checks back, we were unable to obtain any information on whether those responsible for this heinous act were charged or prosecuted. We’ll continue doing all we can for animals. —Lady Freethinker Staff

First, they ran the terrified animal over with stolen tractors, then they beat her to death with sticks. Photos of the slain animal show head and facial injuries, with blood pouring from her eyes, mouth, and nose.

The savage attack came after one of the villagers succumbed to injuries inflicted by the tigress earlier in the day – when he had illegally taken a shortcut through the reserve on the way home and been attacked.

The Dudhwa Tiger Reserve is the last home to the Bengal Tiger in the state of Uttar Pradesh, and was estimated to contain around 106-118 tigers during the last survey in 2011.

Although human-animal conflict is rampant in rural areas of India, this tigress had no history of attacking humans. Field director of the reserve Ramesh Pandey has pledged that all the villagers involved in the attack will be sent to jail; however, more needs to be done to prevent this kind of tragedy from occurring again.

Sign this petition urging Principal Chief Conservator of Forests for Uttar Pradesh, Dr. Rupak De, to take meaningful action to prevent further conflicts and find ways to protect both the villagers and the animals.