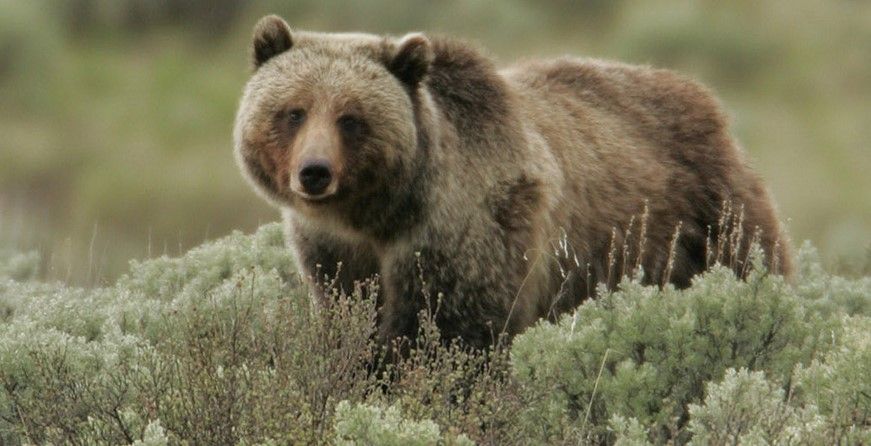 UPDATE (6/22/2022): Rep. Cheney re-introduced the Grizzly Bear State Management Act to the Senate in March 2021 as S. 973. We have re-sent this petition, showing the strong disapproval of more than 23,500 Americans, to legislators and to the United States Secretary of Interior. We thank everyone who signed this petition advocating for grizzlies’ right to existence and protections, and we’ll keep doing all we can to help animals everywhere. —Lady Freethinker Staff

In an appalling move that puts America’s grizzlies at dire risk, Congress has gone to unprecedented lengths in their attempt to de-list the animals as an endangered species – effectively declaring open season for trophy hunters.

It looked like a victory for the grizzlies when on September 24th, Judge Dana Christensen overturned the US Fish and Wildlife Services’ decision to remove Yellowstone grizzly bears from the Endangered Species List. But now, Wyoming Rep. Liz Cheney is trying to pass a “rider bill” to ignore the court’s decision and strip these iconic bears of their protected status anyway.

This senseless, regressive move would leave the Yellowstone grizzlies at the mercy of hunters, condemning them to death for human amusement. In addition to ignoring the brutality with which hunters prey on grizzly populations, the bill also ignores the negative effects this will have on the broader Yellowstone ecosystem.

Sign this petition to urge Ryan Zinke, United States Secretary of the Interior, to uphold the endangered species status of the Yellowstone grizzly bear and to save them from trophy hunters.

After signing, please use this link to reach out to your congress members and tell them to reject the amendment to H.R. 6784 and work to protect America’s grizzlies.