SIGN: End Festival Where Children Decapitate Rattlesnakes and Finger Paint with Their Blood 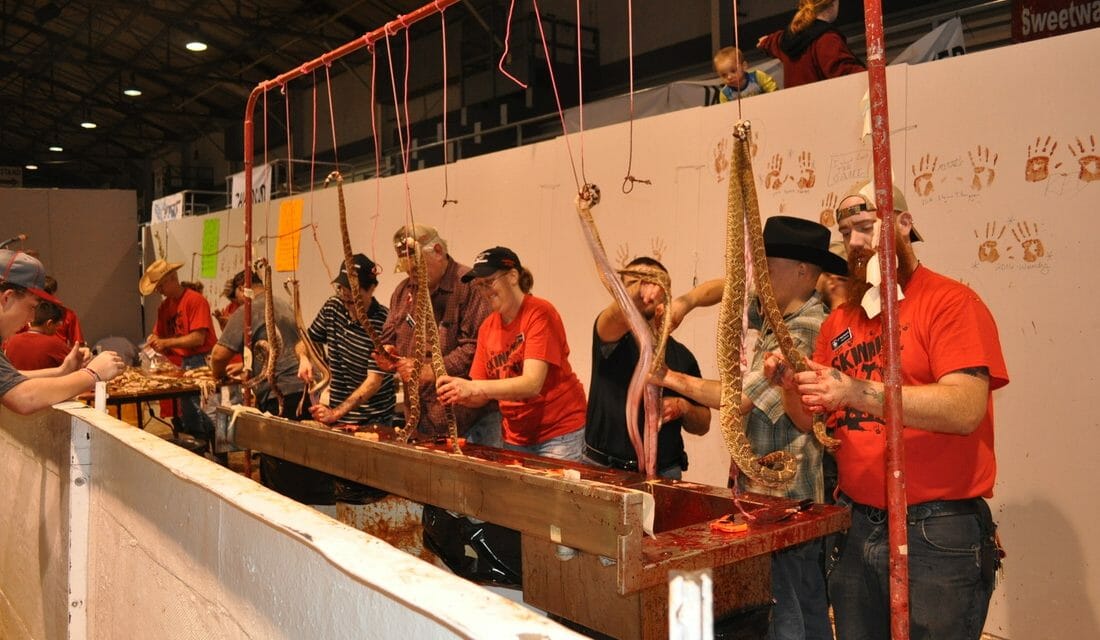 That oversight falls to local and state authorities, she said.

“Any regulation authority of the events lies with local authorities,” Megan Radke wrote via email. “In order to regulate the animal welfare at the events the TPWD Commission would require authority be granted through the legislative power of the Texas State Legislature.”

The next Texas legislative session is set for January 2023, she added.

We’ve rerouted our petition to the city of Sweetwater and also Texas State legislators to emphasize the need for an end to this cruel and bloody event. —Lady Freethinker Staff

This sick, barbaric festival encourages children to behead helpless rattlesnakes and paint with their blood.

The Rattlesnake Roundup, a three-day event in Sweetwater, Texas, consists of capturing the innocent animals from their homes and torturing them as a form of entertainment, which eventually ends in the brutal massacre of hundreds of snakes.

During the Miss Snake Charmer pageant, teenage beauty queen contestants take turns decapitating the pinned-down reptiles. Attendees, including children, can pay a fee to skin a rattlesnake, and then mark their “accomplishment” by slapping a blood-covered hand against a white mural.

This cruel gathering teaches young, impressionable minds that animal cruelty is not only acceptable and encouraged, but can be fun and entertaining. It must end.

The festival is quickly approaching on March 12, so we must act now. Hundreds of lives are at stake, and these snakes don’t deserve to suffer as the killers celebrate their pain.

Sign this petition urging the City of Sweetwater to ban the Rattlesnake Roundup and show that the mass execution of Texas’ wildlife will not be tolerated.