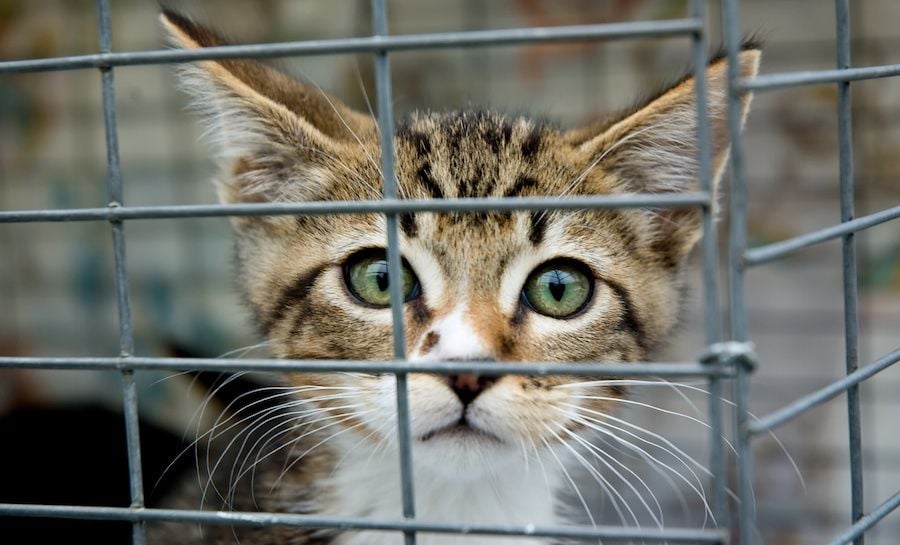 UPDATE (7/7/2021): In April 2019, the U.S. Department of Agriculture announced the end of the research program in which scientists injected cats with toxoplasmosis — a deadly disease caused most commonly by eating uncooked, contaminated meat.

The USDA said in its statement that “toxoplasmosis research has been redirected” and that the use of cats in any research protocol in any Agricultural Research Service (ARS) lab has been discontinued and “will not be reinstated.”  The remaining uninfected 14 cats will also be adopted, the agency said, rather than killed.

The announcement followed a shocking exposé by the White Coat Waste Project and two bills — S. 3789 and H.R. 1622, also known as the Kittens In Traumatic Testing Ends Now Act of 2018 or KITTEN Act — that were in committee.

Lady Freethinker thanks the more than 12,500 people who signed our petition demanding justice for these innocent animals who no longer will suffer excruciating pain and inhumane procedures in these labs. –Lady Freethinker Staff

In a cruel and needless USDA experiment, hundreds of helpless kittens are fed a deadly parasite called Toxoplasma in tainted raw meat. Researchers collect the feces for a few weeks, then heartlessly kill the young kittens via incineration.

It is simply wrong to torture cats for research and then destroy the animals when they are no longer “useful.” And a new bill could help stop the brutality.

The Kittens in Traumatic Testing Ends Now Act of 2018, or KITTEN Act, would defund all USDA experiments on cats and kittens, and follows the wake of a haunting expose by the White Coat Waste Project detailing the Toxoplasma study described above.

The bipartisan bill, sponsored by Rep. Mike Bishop and cosponsored by Rep. Jimmy Panetta, would call on the secretary of agriculture to “end the use of cats in experiments that cause pain or stress.”

Sign this petition to urge congressional leaders to fully support the KITTEN act, and help pave the way to stopping cruel animal testing.