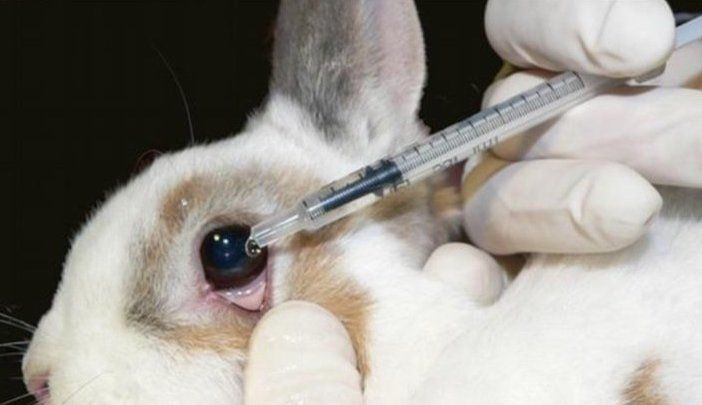 A bipartisan bill could finally end cruel and needless animal cosmetics testing in the U.S.

Recently reintroduced, the Humane Cosmetics Act would not only save innocent rabbits, mice and other animals from being tortured and killed in unnecessary experiments, but it would also ban the sale of cosmetics tested on animals.

The bill would prohibit animal testing in the evaluation of cosmetic products and the sale or transport of cosmetics developed using animal testing. Violators would be subject to civil penalties.

Animals used in cosmetic testing are subjected to excruciatingly painful procedures, like being force-fed chemicals that make them bleed and convulse. The animals may have toxic substances painfully dropped in their eyes or applied to their skin, burning off their fur.

When the testing is over, they are typically killed by decapitation, neck-breaking, or asphyxiation.

Not only is testing cosmetics on animals inhumane, it’s also ineffective and costly. Numerous alternative methods of testing exist that more reliably predict the effect of cosmetics on humans.

Sign this petition to urge Congressional leaders to pass the Humane Cosmetics Act and finally stop the suffering.