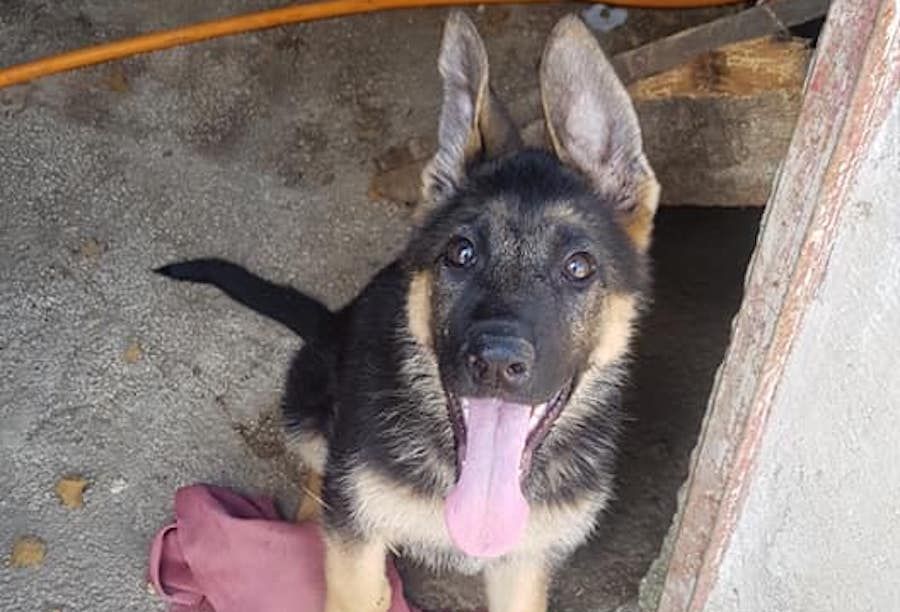 UPDATE (6/17/2022): We sent our petition, signed by more than 20,000 people, to the L’Aquila Police Department. Sadly, despite multiple checks back, we were unable to obtain any additional information about this situation. We thank everyone who signed our petition, and we’ll continue to do all we can for animals. —Lady Freethinker

In a sickening act of betrayal, a dog hailed as a hero for saving human lives when a deadly earthquake rocked Italy has died after being cruelly poisoned, according to his caretaker.

Fabiano Ettorre, guardian of the three-year-old German Shepherd named Kaos, found the dog’s lifeless body in their front garden last week and is crushed by the loss of his beloved companion.

Kaos and Mr. Ettorre joined rescue workers following a devastating earthquake that killed hundreds of people in Amatrice in 2016. The dog tirelessly dug for survivors, risking his life to locate the missing and injured among the rubble. This incredible dog also assisted in other searches for missing persons in his short life.

Police have launched an investigation into the poisoning of Kaos, but no suspects have been reported to date.

Sign this petition urging the L’Aquila Police Department to find and prosecute the person responsible for this heartless poisoning, and see that justice is served for this hero dog who saved so many humans in his lifetime, only to be murdered by one.