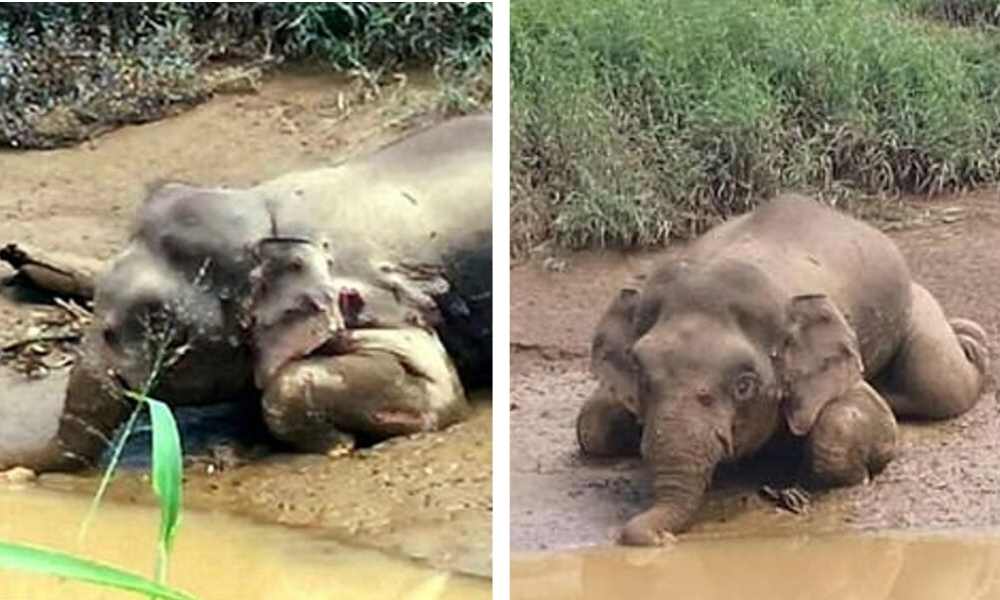 UPDATE (6/2/2022): We sent our petition, signed by more than 30,000 to the Malaysia Ambassador demanding justice for this innocent animal. Despite multiple checks back, we were unable to obtain any additional information about this horrific crime. We’ll keep doing all we can to advocate for animals everywhere. —Lady Freethinker Staff

Riddled with 70 bullet holes, a Borneo pygmy elephant’s mangled corpse was discovered in the Sabah region of Malaysia. Poachers had taken his tusks—and his life–for profit.

Fishermen found the deceased animal’s body floating in a murky, brown river. His attackers showed him no dignity even in death; they had tied his lifeless body to a tree.

It is impossible to say how long this innocent creature suffered as the perpetrators of this cruel act shot him over and over, including once through the head.

This tragedy is made worse by the fact that Borneo pygmy elephants are endangered. With only 1,500 left in the wild, the death of even one of these precious animals is a severe loss for the entire species.

Endangered wildlife should be protected from harm, not cruelly victimized for money.

Authorities have arrested six plantation workers thought to be responsible, and the investigation is ongoing.  Sign the petition to urge the Malaysian Ambassador to the U.S. to pursue a full investigation and prosecution of this heinous crime. We must ensure that this elephant gets the justice they deserves.