SIGN: Justice for Dog Left to Starve on Chain for Revenge 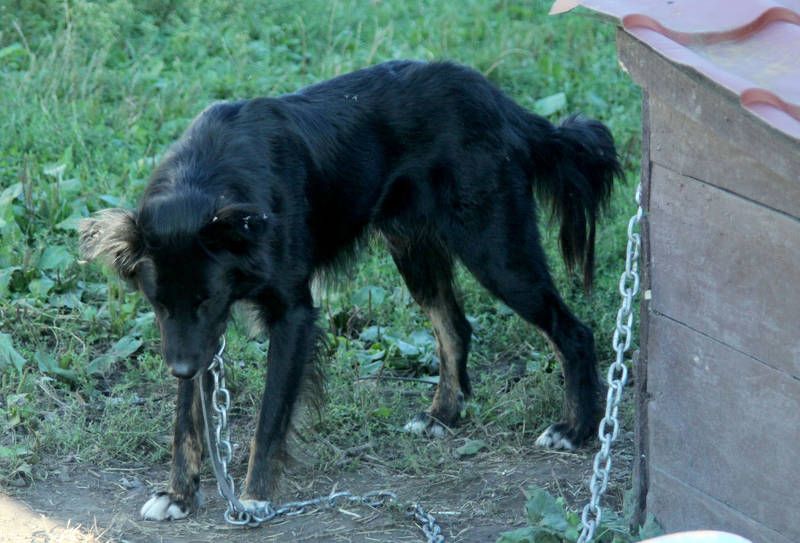 UPDATE (6/21/2022): Elizabeth James was found guilty of ill treatment of animals by trail in May 2021. She was sentenced to 90 days in jail and a $1,000 fine, according to the Laurens County Clerk of Court. We thank everyone who signed our petition, and we will keep doing all we can for animals everywhere. —Lady Freethinker Staff

In a twisted attempt to get revenge on an ex-boyfriend, a woman in Laurens, South Carolina kept his dog cruelly chained up outside and refused to give the animal food or water. By the time help arrived, the 16-month-old mastiff — later named Champ — was starved nearly to the point of death, unable to move and crawling with maggots — even inside his mouth.

Animal control rescued Champ after a passerby alerted authorities to his condition. By this time, he was skeletal, weighing only half his normal weight. Every bone in his body was visible, and his muscles had wasted away.

The woman who deliberately tortured Champ, Elizabeth James, continued to feed her own two dogs, but vindictively neglected this beautiful, innocent animal. She kept him chained outside for at least 6 months; it is unclear how long he had gone without food.

Champ required 24-hour IV fluids and multiple blood transfusions, and is now in the care of Rescue Dogs Rock NYC. He will need months of intensive care and physical therapy before he has a chance at a normal life.

The Laurens County Sheriff’s Office has charged James with animal cruelty. But with a shockingly low bail of just $15,000, she is already back in the comfort of her home while Champ fights for his life.

Sign this petition urging the circuit court attorney to prosecute James to the fullest extent of the law, and call for a lifetime ban on owning animals so she can never inflict this kind of abhorrent cruelty again.

PETITION UPDATE: On March 4, 2019, Elizabeth James was indicted by a grand jury and has been charged with ill treatment of animals. James appeared in court in April 2019.