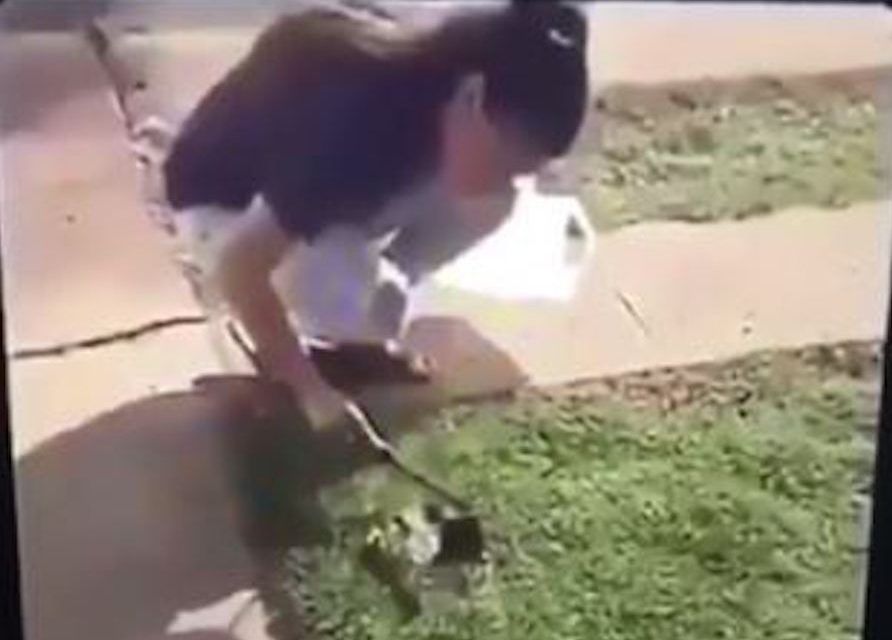 In a sickening act of cruelty, a 14-year-old girl tortured and killed a helpless kitten while her friend filmed.

The teen first stabbed the tiny animal in the neck with a kitchen knife as it struggled desperately to escape, spasming in pain. She then slammed the kitten against the floor, and proceeded to disembowel the terrified kitten with a knife as it writhed in agony.

The video, which is so graphic that most news and media websites refuse to feature it, originally surfaced on Snapchat — a platform on which animal torture is all too common.

In recent years, Snapchat has emerged as a forum for photos and videos of extreme animal abuse, often by kids and teens, which circulate rapidly among the app’s hundreds of millions of subscribers. In one post, a squirrel was set on fire. In another, a sheep was beaten to death with a golf club. Other posts have shown youth cutting a goldfish’s eye out with scissors, slitting a baby fox’s throat, and burning a puppy alive.

When impressionable youth see this violent behavior by their peers, they become that much more likely to commit violence against animals themselves. It’s time for Snapchat to stop promoting animal torture.

Sign this petition urging Snapchat CEO Evan Spiegel to address the animal abuse that plagues their platform and take strong, swift action to prevent it.