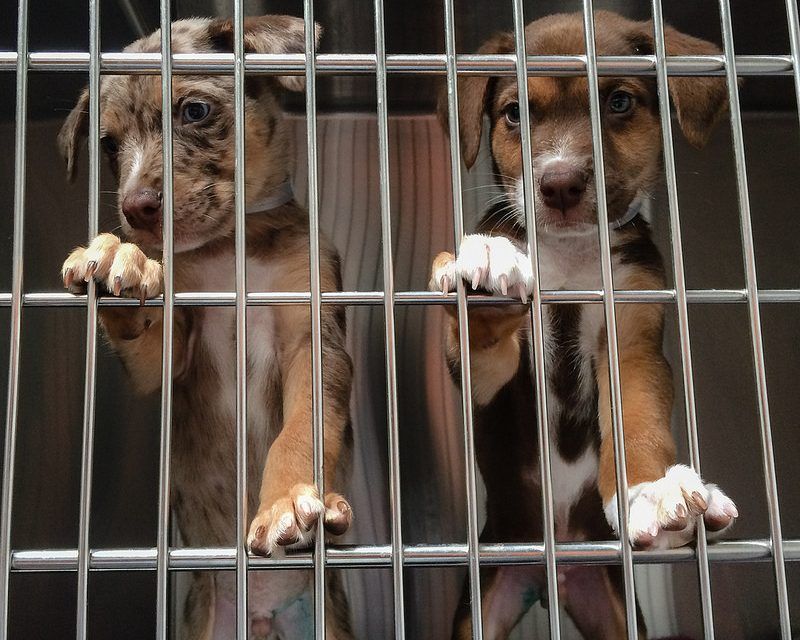 An Ottumwa, Iowa animal shelter known as Rescue Pets Iowa is being sued by a California animal rights organization for being an alleged front for a puppy mill and part of an interstate “puppy-laundering scheme.”

Bark Adoptions, a California-based organization has been accused of purchasing purebred and designer puppies from Rescue Pets Iowa for sale at Animal Kingdom pet stores in California.

This elaborate scheme was designed to circumvent California’s law against selling non-rescue animals at pet stores. In 2017, California became the first state to enact this type of law.

The lawsuit details the abhorrent living conditions and practices typical of the puppy mills Animal Kingdom has “historically obtained” animals from. Mother dogs live in cramped cages “covered in waste and exposed to the elements” and forced to birth several litters of puppies every year – regardless of their health condition.

The goals of the lawsuit are to ban Animal Kingdom from buying or selling pets from “sham rescue groups,” including Bark Adoptions and Rescue Pets Iowa, and prohibit these phony organizations from selling animals in California.

The Animal Legal Defense Fund asserts that Bark Adoptions is not a federally registered non-profit, according to the IRS website.

Lady Freethinker is thankful that this horrid scheme is being exposed to hold sham rescues accountable for their cruel practices.