The Peregrine Falcon is Making a Comeback in Michigan 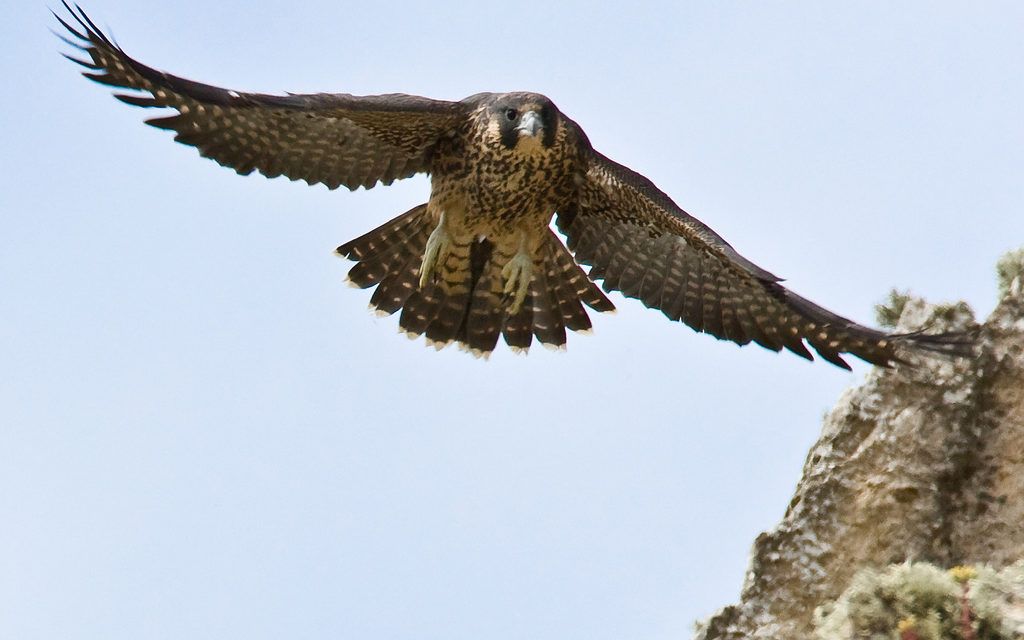 Picture of Peregrine Falcon by Mike Baird via Flickr, CC by 2.0.

Peregrine falcons are threatened, but one company is doing its best to repopulate this beautiful bird. Consumers Energy, one of Michigan’s largest landowners and a major energy provider, places nesting boxes around many of its properties and works with the Michigan Department of Natural Resources (DNR) to band new chicks each year. Since they began the program two decades ago, they’ve helped hatch at least 80 peregrine falcons.

Why the Peregrine Falcon?

Consumers Energy is in a unique position to help the peregrine falcon population recover.

“We’ve got the habitat and location that is conducive to their nesting and mating,” Senior Public Information Director at Consumers Energy Roger Morgenstern told Lady Freethinker. “We feel that it is our responsibility to leave it better than we found it,” he stressed, speaking of the land and environment the company uses. 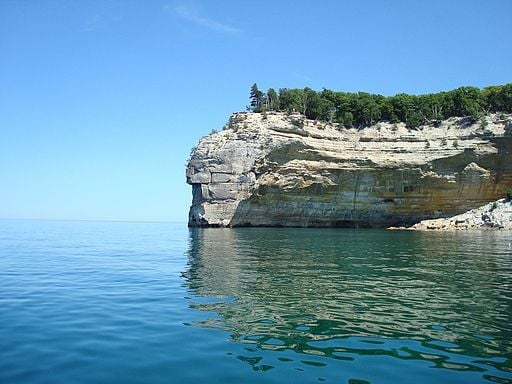 Peregrine falcons used to nest in the Pictured Rocks in Michigan before their populations started declining in the 1950s. Picture of Pictured Rocks by Veryhuman via Wikipedia Commons, CC by 3.0.

Much of the company’s land is ideal nesting ground for peregrines.

According to the DNR, peregrine falcons nest on high cliffs, usually close to rivers or lakes. The company owns over 100,000 acres of land in Michigan’s lower peninsula, much of which contains these conditions.

One plant in particular, the J.H. Campbell Generating Complex, has a box on top of a 200-foot tall emissions stack. Although not a “cliff,” it has been particularly successful. Around 40 birds have hatched there since 2004.

Placing nesting boxes on the grounds was an easy way to help bring these birds back to Michigan.

“We saw a need and we were able to meet that need with the boxes,” he explained. “We have to make regular rounds around the plant facility, and the employees voluntarily keep a visual eye on the nesting boxes.”

When employees notice an egg or activity in a nesting box, they coordinate with the DNR to safely band new hatchlings. This is an important step that helps monitor the progress of the species. Each band contains a code, the birds gender, and helps conservationists document migration and flight patterns. 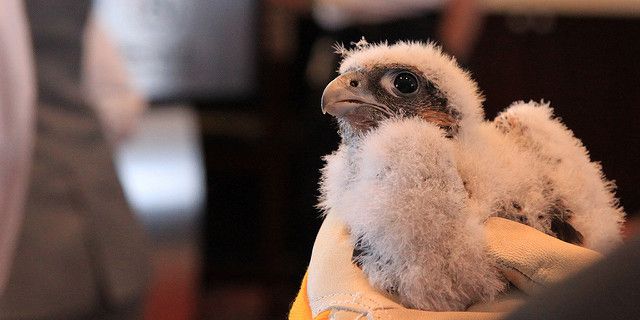 Picture of a peregrine falcon hatchling by Matt MacGillivray via Flickr, CC by 2.0.

In Michigan, peregrine falcons usually nest between April and September, so some new chicks are already starting to hatch. On Friday, representatives from the DNR and Consumers Energy’s employees banded a new peregrine falcon.

Environmental Issues are a Priority for this Company

The partnership between Consumers Energy and the DNR is not limited to issues relating to peregrine falcons and their habitat.

“We work very closely with the DNR on environmental issues,” Morgenstern said. The company has also reintroduced the trumpeter swan near many of their hydroelectric plants and gave out a $117,175 grant in 2017 to help reintroduce a fish, the Arctic grayling.

“We take our environmental responsibility very seriously,” Morgenstern emphasized. “The peregrine falcon is just an outward sign of what we do, but there’re things we do every day,” he said, adding that the company is also working to reduce the amount of water and landfill space they use.