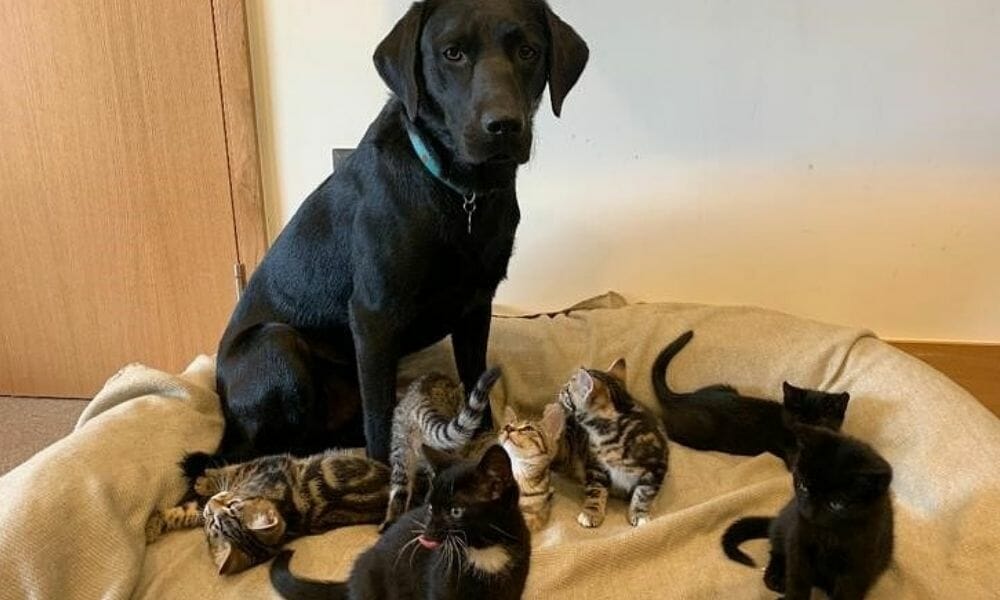 The motherless two-week-old litter was rushed to emergency care at animal rescue charity Battersea, where veterinarians determined that the kittens were in good health — despite being very hungry.

Bertie immediately bonded with his new housemates and eagerly took on a fatherly role, helping Rachel care for the kittens until they learned how to eat and use the litter box.

Rachel, who adopted Bertie from Battersea last year, is amazed by her pup’s patience with the kittens.

“Not only has Bertie helped the kittens become confident, sociable little cats, he’s kept me entertained,” she told People. “As a former Battersea resident himself, there’s something particularly touching about seeing a rescue pet now helping to rescue other animals in need.”

Now that the litter is more independent, they have relocated back to one of Battersea’s shelters.

“Hand rearing kittens is such a wonderfully rewarding experience,” Rachel said. “You get to help them grow from tiny defenseless babies into unique characters ready for a loving home. I was sad to see them go, but I can take comfort in knowing that Bertie and I helped give them the best start in life.”