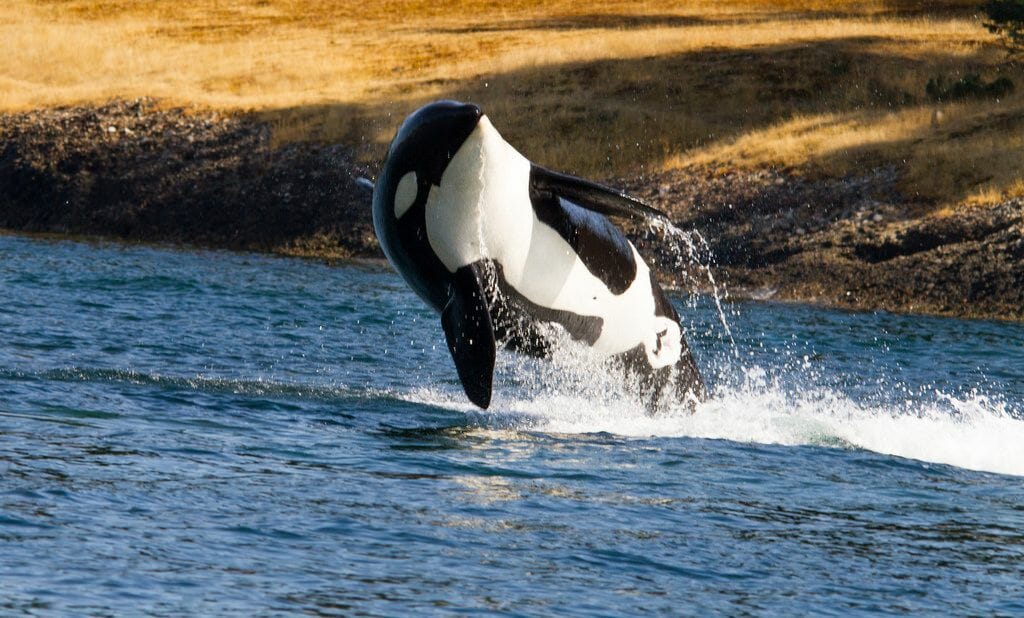 California Governor Jerry Brown signed into law Tuesday a bill to ban the breeding and captivity of orcas, also known as killer whales. This makes California the first state in the U.S. to enact such a ban.

“California’s ban of the breeding and performance of captive orcas in the state is a huge victory for marine life,” said World Animal Protection U.S. Oceans and Wildlife Campaign Manager Elizabeth Hogan in a statement. “This groundbreaking legislation, signed into law by Governor Brown, sends a powerful message to other states and the entire country that orcas belong in the wild, not in captivity for entertainment.”

Authored by California Assemblyman Richard Bloom (D-Santa Monica), the legislation follows intense criticism of SeaWorld and similar theme parks that confine orcas to pools that provide just a tiny fraction of the space they would have in the open ocean, and force the animals to perform for visitors multiple times a day. Captive orcas sometimes harm humans as well, as in the case of Blackfish star Tilikum who was involved in the deaths of three trainers.

“The experience of captive marine mammals is a far cry from their natural lives in their wild ocean homes, causing extreme suffering and stress for these intelligent creatures,” said Hogan. “The passage of this law reflects that the welfare of marine animals is increasingly crucial to the consumer tourist public, which does not want to see wildlife exploited for entertainment.”

The U.S. government may soon take California’s lead in acting to protect the orcas. HR 4019 — the Orca Responsibility and Care Advancement Act, introduced by Rep. Adam Schiff (D-CA) — would outlaw both the capture and breeding of orcas, effectively ending the era of killer whale shows in the U.S.