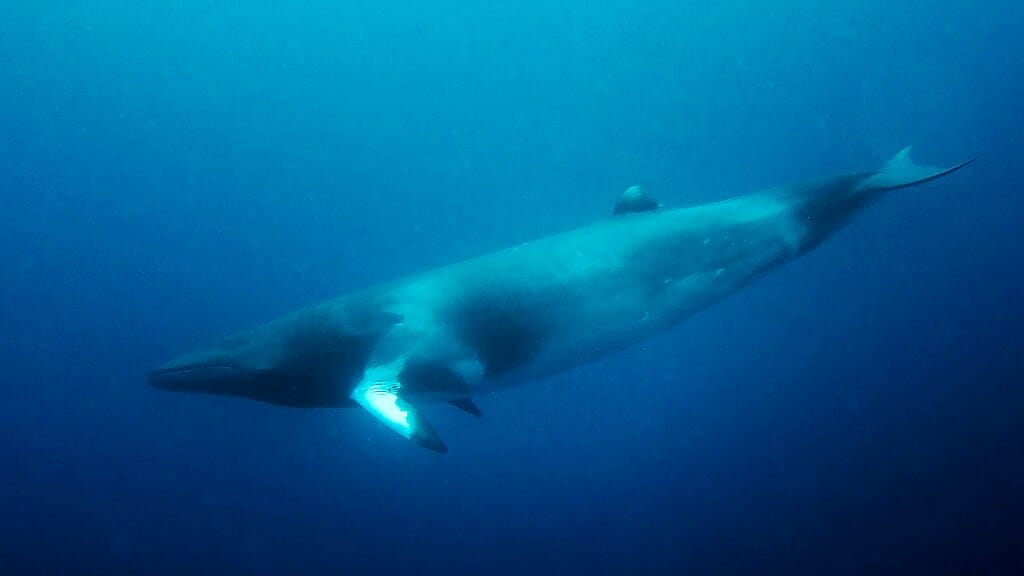 The Norwegian government has given the go-ahead to scientists to conduct an unprecedented experiment on migrating juvenile Minke whales which involves trapping and subjecting them to painful noise pollution.

If the experiment proceeds, at least a dozen of these gentle giants will be captured and experimented on over the next two migration seasons.

The decision has drawn sharp criticism from 50 of the world’s leading whale experts and animal rights groups — including the Animal Welfare Institute (AWI), NOAH — Norway’s largest NGO for animals — and Whale and Dolphin Conservation, who have penned an open letter to Norway’s prime minister urging the government to stop these “cruel and dangerous experiments” from moving forward.

The Norwegian authorities claim the project, which received funding from the US National Oceanic and Atmospheric Administration (NOAA) and the U.S. Navy, is necessary to gain a better understanding of how man-made noises — particularly naval sonar and oil and gas drilling operations — affect whales’ hearing.

Researchers from Norway’s Defense Research Establishment (FFI) will capture the whales one at a time in a mile-long dragnet. Once inside, the unsuspecting juveniles will be funneled into a small aquaculture cage — or fish farm — where they will be held in place by rafts as sensors are planted under their skin. The scientists will use the sensors to record the animal’s brain responses as they are bombarded with varying levels of noise.

Petter Kvadsheim, chief scientist at FFI, acknowledged that the planned procedures would harm the animals.

Opponents say this word salad is “an understatement.”

“This process risks causing the whale considerable stress leading to panic, creating a dangerous situation for both whales and humans,” they argue, adding that the capture-and-detain process amounts to needless torture and “has significant potential for causing injury and stress, potentially resulting in capture myopathy”–  a condition in which extreme exertion, struggle, or stress causes severe muscle damage in the animal.

The results can be fatal.

“If a minke whale, even a juvenile, were to respond with great force, it also could be extremely dangerous for the human researchers,” said Susan Millward, director of AWI’s marine program. “It is simply not worth taking a chance, particularly when existing research already tells us how baleen whales are affected by ocean noise.”

Instead, efforts should be made to develop quieter technologies, said Lindy Weilgart, a whale communication and underwater noise expert and signatory of the letter.

“We know noise is a problem. We know it even affects ecosystem services,” Weilgart said. “How about we decrease the noise? How about that?”