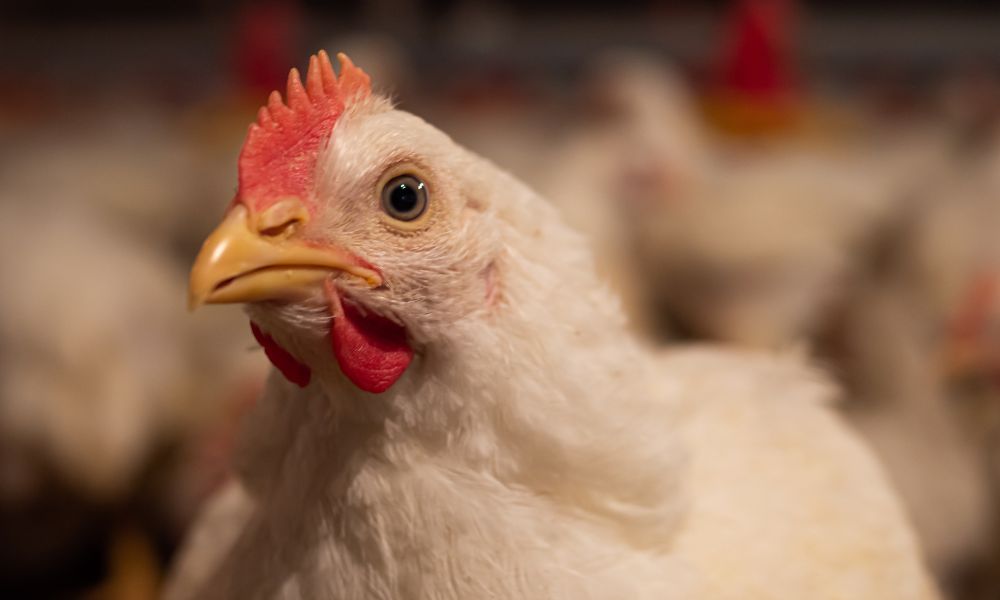 More than 500,000 farmed animals died in barn fires this year, including many in blazes that likely could have been prevented, a new report from the Animal Welfare Institute (AWI) shows. AWI tracked 128 barn fires nationwide this year and determined that at least 518,782 farmed animals had been burned to death as of Dec. 15, 2022.

Victims included goats, horses, lambs and sheep, dogs and puppies, cows and calves, rabbits, geese, ferrets, ducks, peacocks, cats, and even a kangaroo. But chickens were the primary casualties — with some dying in droves of hundreds of thousands of birds at commercial facilities. Just three of the fires — two in Minnesota, and one in Pennsylvania — killed more than 480,000 birds — or 91 percent of the total tracked victims.

Birds at factory farms are often crammed into filthy cages that are stacked on top of one another, according to undercover investigations. Those conditions cause chickens tremendous suffering and can make it easier for accidental fires to spread.

“It is simply irresponsible that the poultry industry continues to ignore the risks that come with cramming hundreds of thousands of birds into tight quarters on these massive operations,” said Allie Granger, a policy associate for AWI’s farm animal program. “Under these conditions, emergency situations become death sentences, and it is hard to imagine anything worse than being burned alive.”

AWI pointed to a recent fire at a commercial poultry farm in Lebanon County, Pennsylvania, that resulted in the deaths of an estimated 250,000 birds and started in a “tightly packed row,” according to news reports.

The farm’s president spoke about the physical damage to the facility and when processing and shipping would resume but made no mention of the thousands of sentient beings burned to death, according to the farm’s official statement as published via news reports.

Most of the fires tracked by AWI took place in the Upper Midwest or Northeast, with the most fires in Wisconsin, New York, Pennsylvania, and Minnesota.

While some of the fires’ causes remain unknown, many were caused by defective or improperly placed heating devices or malfunctioning farming equipment, according to AWI’s analysis.

Sadly, this year’s massive deaths aren’t an anomaly. At least 2.3 million animals died in barn fires in 2020 and 2021 — and the cumulative death toll since 2013 is more than 6.3 million animals, according to AWI.

No federal laws in the United States protect farmed animals from barn fires, and only a few states have adopted the National Fire Protection Association’s Fire and Life Safety in Animal Housing Facilities Code, AWI said.

“We hope the industry will remain focused on this issue and strongly encourage farms to adopt common sense fire safety measures,” Granger said.

AWI recommends that all farms housing animals in barns — whether hobby farms or commercial industries — request annual inspections from the fire department, place fire extinguishers in barns, develop an emergency action plan, and train all employees in fire prevention to save defenseless animals’ lives.

Particularly important equipment to check includes heat lamps, space heaters, and weather-related lighting. Precautions should also be taken during holidays when fireworks could lead to fire and during colder winter months, when accidental fires were twice as likely than during summer months, according to AWI.

We also would like to remind our readers that chickens don’t want to die in fires OR at the slaughterhouse. The best way we can all help save chickens’ lives is by choosing kind plant-based food options that don’t harm them or any animals. There are many easy, affordable, and delicious recipes out there that you can follow to create healthful, compassionate dining experiences.