Orphaned Otter Feels So Much Better Cuddling with Her Stuffed Robin 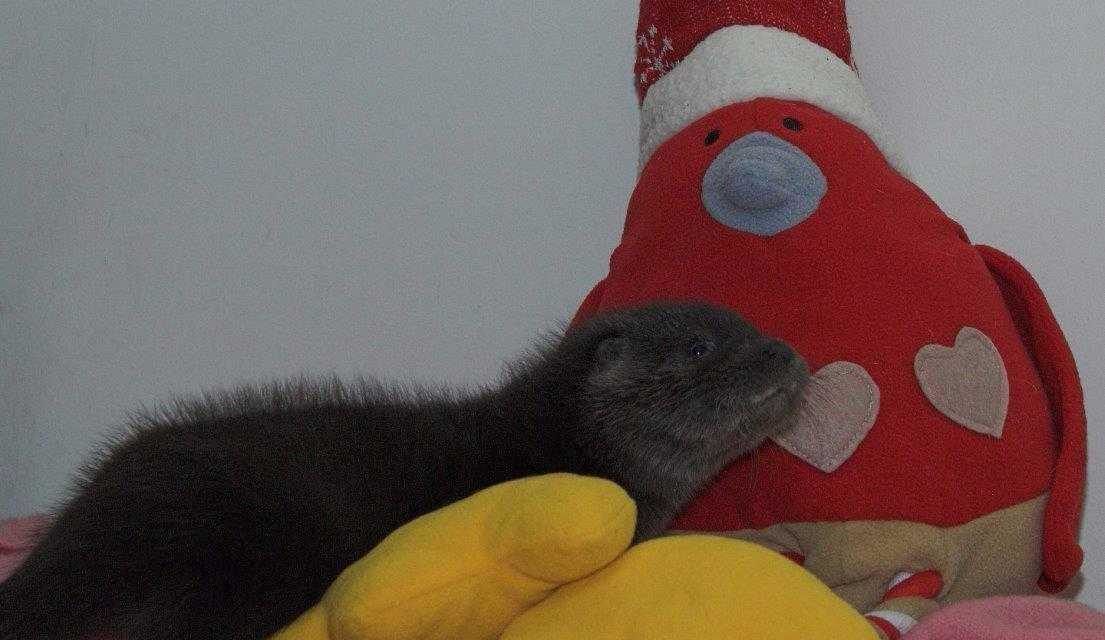 A tiny, orphaned baby otter named Misty has been rescued by the Scottish SPCA in Fishcross after losing her family in a car accident.

Spotted on the road by a caring family who were passing by, Misty was reported to the SPCA and relocated to the National Wildlife Rescue Centre where she is receiving specialist care from the team.

Estimated to only be about 10 weeks old, there is no way that Misty could survive alone.  Mr Colin Seddon, manager of the National Wildlife Rescue Centre, reported that although the orphaned otter refused to bottle feed when she first arrived, she took to eating fish (the main food source for wild otters, along with amphibians and crustaceans) and is “now going from strength to strength.”

SPCA staff chose the water-themed name ‘Misty’ because otters are water mammals, with webbed feet and thick fur to keep them warm. They can also close both their nose and ears when they are immersed in the water.

“We named the cub Misty as she is very small and mist is made up of tiny droplets of water,” explained Mr Seddon.

Otters are highly social animals and form strong bonds with both their parents and siblings — grooming, playing, eating and resting together 24 hours a day. It was an adjustment for Misty to be alone without her family, so the staff at the SPCA gave her a soft toy “robin” for comfort, which she reportedly bonded with instantly.

Staff say Misty “will be reared with another otter of a similar age, called Fin, who arrived into our care on Boxing Day. Misty will be released in around a year’s time when she is mature enough to fend for herself in the wild.”

One year of age is generally the time when a wild otter would start to separate from its parents and become independent.