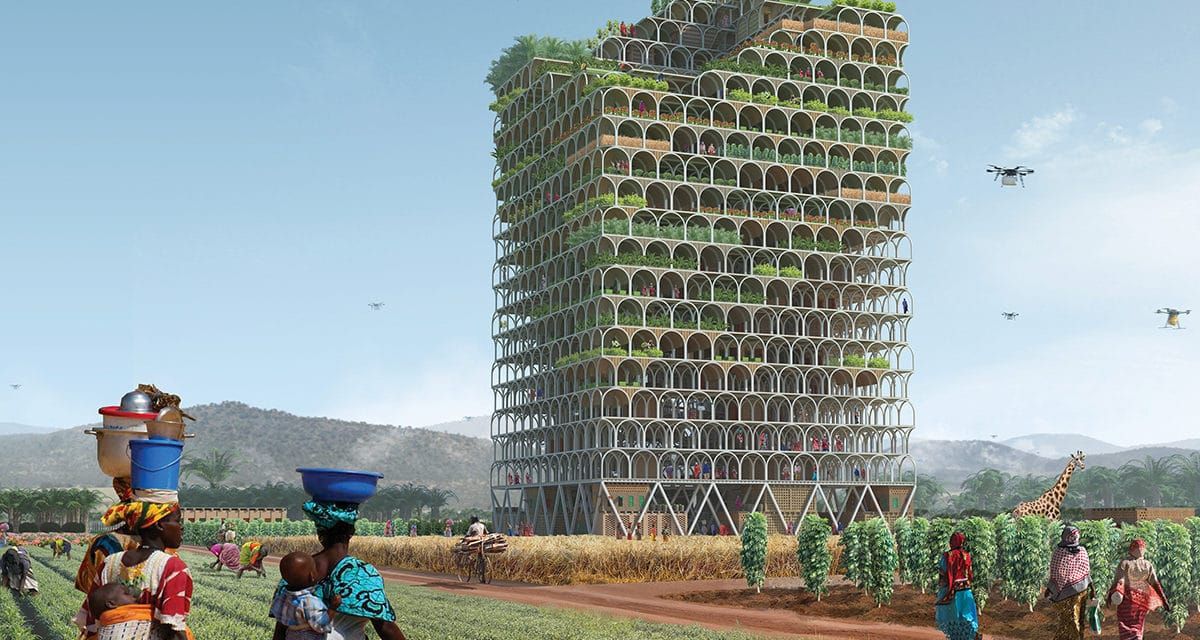 Nigeria, Somalia, South Sudan, and Yemen are suffering from a famine that affects 20 million people. According to eVolo magazine, over 40 percent of people living in sub-Saharan Africa live in extreme poverty. In the last three decades, absolute poverty has been reduced from 40 percent to 20 percent worldwide. Unfortunately, the green revolution including clean energy, fertilizers, irrigation, and high-yield seeds that doubled grain production between 1960 and 2000 on other continents has failed multiple times in Africa due to limited markets, bad infrastructure, civil wars, and an ineffective government.

The eVolo magazine presents and discusses architecture embodying technological advances, sustainable concepts, and innovative designs. Each year, eVolo hosts a competition and awards the structures that they admire most. This year’s top prizewinners were two Polish architects, Pawel Lipinski and Mateusz Frankowski. They designed the Mashambas Skyscraper which houses a farm, an education center, and a community center.

The ingenious structure facilitates the training of subsistence farmers in modern farming techniques. Providing the farmers with inexpensive fertilizers and state-of-the-art tools enables them to increase their crop yields dramatically. The skyscraper also creates a local trading area, which helps to maximize profits. The objectives are self-sufficient farming and overcoming poverty and famine.

The top of the proposed skyscraper is comprised of layered fields. There’s a drone docking center in the middle so agricultural products can be flown to isolated locations. The first floor consists of a kindergarten, a doctor’s office, and an information center.

The designers of the Mashambas Skyscraper predict that the combination of training, fertilizer, and seeds will enable small farmers to harvest as many crops per acre as large farms do. This will end famine, as the village will have food for itself and enough to sell to nearby villages. Another amazing feature of the structure is that it can be moved. The base remains in place and the other floors can be relocated to educate other farmers.

According to The Vertical Farm , the world population will increase by three billion people by 2050. Right now, 80 percent of the land that can be used for growing crops has been built on. Vertical farming will use less land to grow more food. We’re going to need a lot of vertical farms! 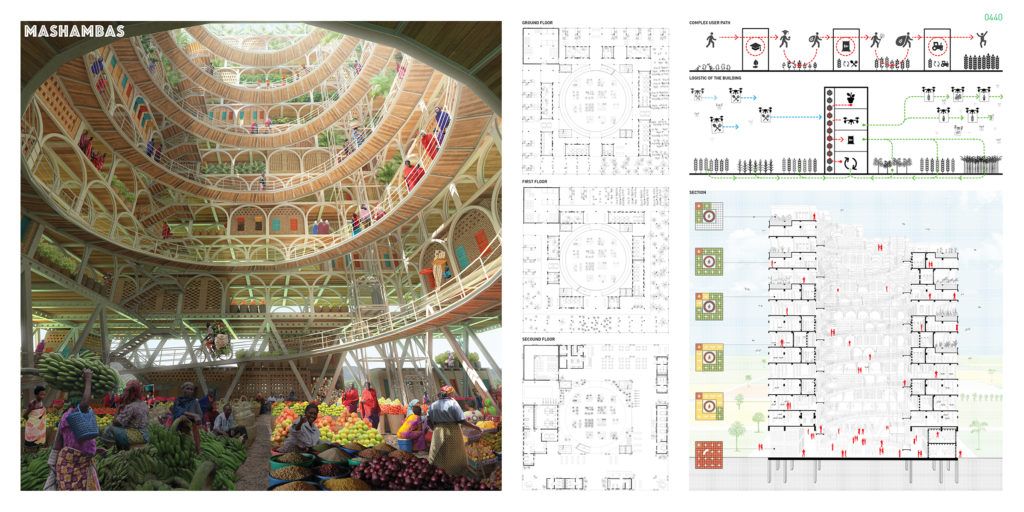