New Sanctuary Will Give A New Home to Retired Logging Elephants 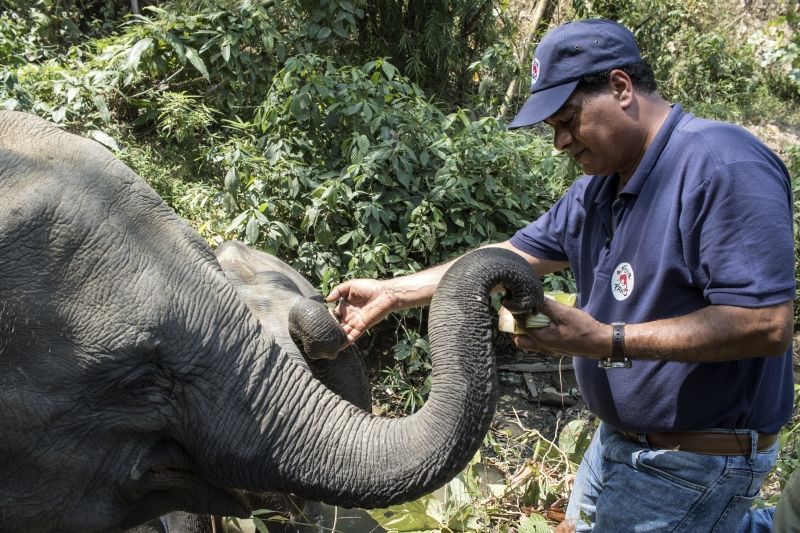 FOUR PAWS International is developing an incredible, expansive elephant sanctuary in Myanmar. This centre will allow elephants formerly used for labour or tourist activities to retire, living the rest of their lives in peace and comfort.

Myanmar contains around 2,000 wild elephants and around 6,000 working elephants, most of whom are used in the timber trade. In order to protect Myanmar’s dwindling forests, new environmental regulations were introduced, leading to reforms in the logging industry which resulted in ‘unemployment’ for many of these animals. As a consequence, an estimated 1,000 elephants are no longer needed for industry and are destined to wind up dead or used in cruel tourist attractions.

“It’s harsh, but for their owners, these elephants are now useless and a financial burden. The animals are therefore killed or sold into the tourism industry,” said Dr Amir Khalil, veterinarian for FOUR PAWS. “These magnificent, endangered animals do not deserve death or an equally cruel career change. At our first elephant sanctuary, the animals can recover from the exertions of their past and, ideally be reintroduced to the wild.”

FOUR PAWS has a solution for this problem. They have started creating Elephant’s Lake, a sanctuary area covering 6,880 acres of land. When complete, it will be one of the largest elephant sanctuaries in Southeast Asia and a new home for former logging, orphaned or injured elephants, starting from the end of 2018.

A press release from Four Paws states that: “The goal of Elephant’s Lake’s comprehensive rehabilitation program is to bring together new prides and subsequently release the animals into the adjacent North Zar Ma Yi Forest Reserve. If this is not possible, the elephants will remain at the sanctuary for the rest of their lives.”

Early this year, Myanmar published the first-ever Myanmar Elephant Conservation Plan (MECAP). Produced in coordination with many renowned wildlife advocacy groups, the document outlines policies that will ensure the survival of elephants in the country over the next century.

“It is a visionary plan that will need bold action on the part of the government and supporting agencies for it to succeed,” said Anthony Lynam, a senior advisor for the Wildlife Conservation Society.

Although poaching for tusks is a smaller issue for Asian elephants than African, due to the lower percentage of elephants that have tusks, it does still happen. Along with the rapidly growing demand for elephant skin, a trade that has seen many elephants killed and skinned over the last few years, human-elephant conflict and habitat loss are all threatening these amazing animals.

Elephant’s Lake is a huge step forward for the conservation of elephants in Myanmar, and combined with the forward-thinking MECAP document, should secure a solid future for these incredibly precious creatures.